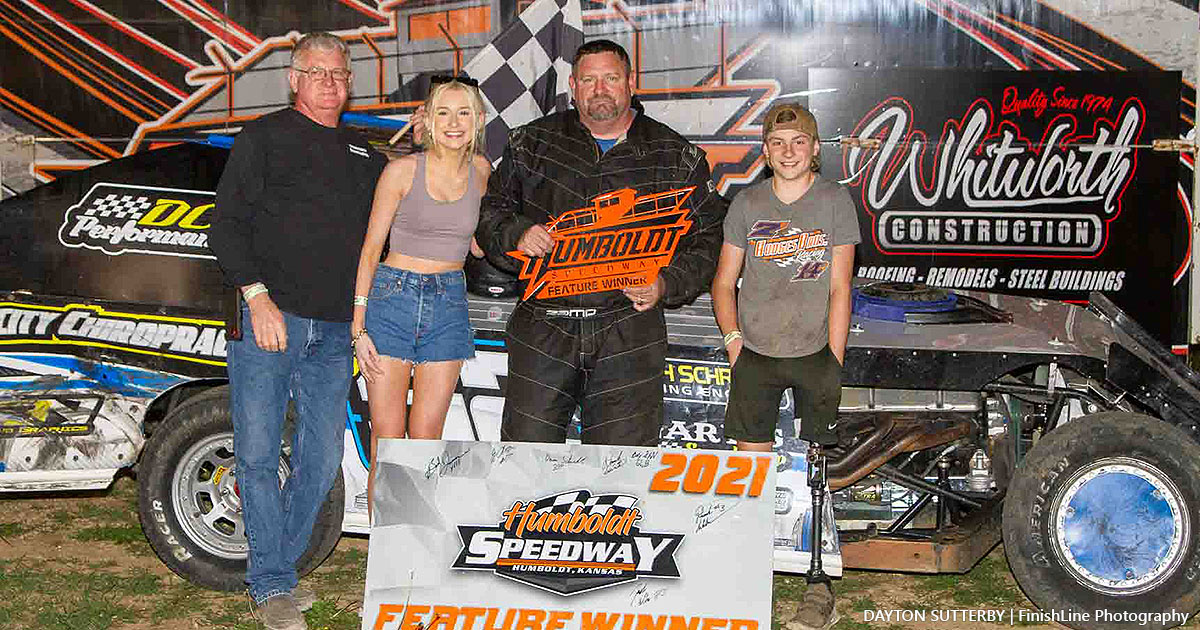 After three weeks of Friday night rainouts, Humboldt Speedway hit the reset button on the 2021 season.

The result? Excellent racing in near perfect weather conditions.

It was the Jeremy Chambers show in the USRA B-Mod event. The Baldwin City veteran took off from the outside of the front row and drove a steady pace to eventually gap the balance of the 18-car field.

Behind Chambers though, action was fast and hard fought. Brian McGowen of Pittsburgh clawed his way to a runner-up finish, edging third-place Tyler Kidwell of Chanute.

USRA Tuner action was a close combat duel between winner Barry Luthi of Topeka and runner-up Brandon Vink of Humboldt.

While the pair dueled for the win, Humboldt’s Clint Haigler drove from dead last in the 11-car field to claim third.