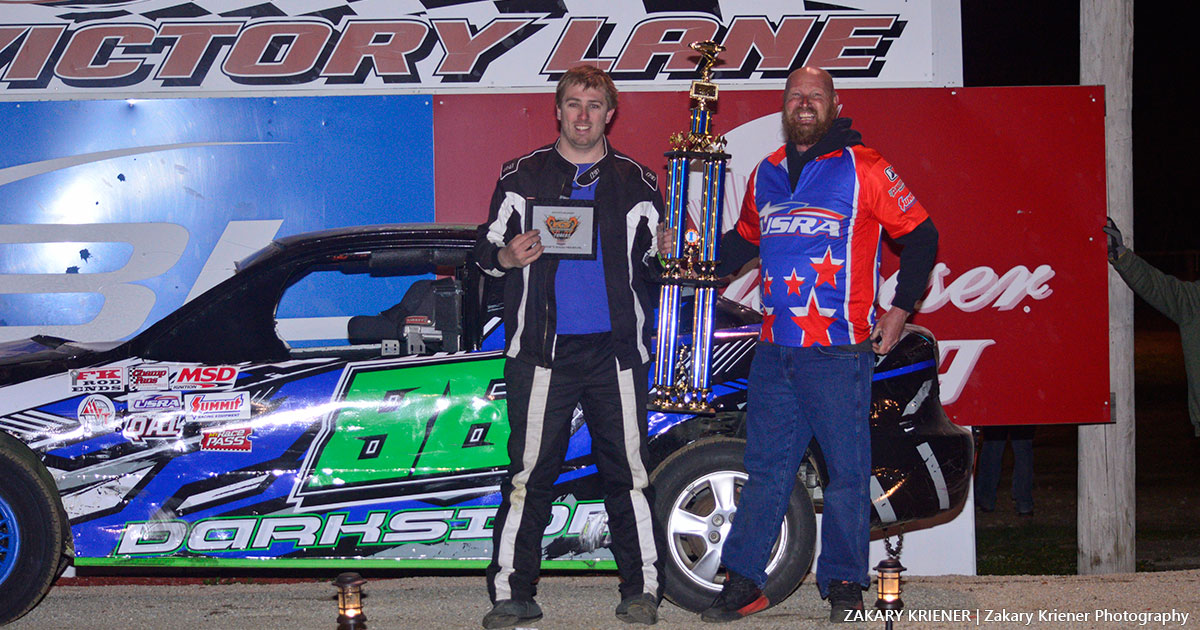 Mitch Balik found himself $500 richer after picking up the win on Friday night at Fayette County Speedway in the USRA Tuner special at the West Union, Iowa, speedway.

The Lawler driver made his way to the front of the 20-lap feature after starting fifth on the 22-car starting grid.

After picking up the heat race win earlier in the night, Balik held off a fierce fight from runner-up finisher Chris Claypoole of Mechanicsville.

An intense race in the Medieval USRA Stock Car division preluded the main event as Decorah’s Kevin Donlan picked up his first win of the season.

In a battle between the top four cars, Calmar’s Lynn Panos ended up second while Mitch Hovden of Decorah, who started 10th, took third and Brady Link of Waukon took fourth. Troy Hansmeier of Waukon completed the top five.

Dylan Clinton of Edgewood parked it in victory lane for the first time in a Mensink Racing Products USRA Hobby Stock as he held off Waterloo’s Justin Lichty and Garnavillo’s Tim Helle for the top three.

B.J. Dahl of Calmar moved up four spots in the feature to take fourth, while Decorah’s Steve Larson finished fifth in his 2021 season debut.

For the second time in the first three weeks of the season, Dan Hovden of Decorah captured the USRA B-Mod win after leading all 20 laps.

Trevor Fecht of Allison finished in the runner-up spot, ahead of Jerry Lulloff of Independence, Postville's Josh Roney and Jeremy Schaufenbuel of New Hampton.

Action returns to the Fayette County Speedway next Friday, May 14, with five weekly classes set to take the stage.