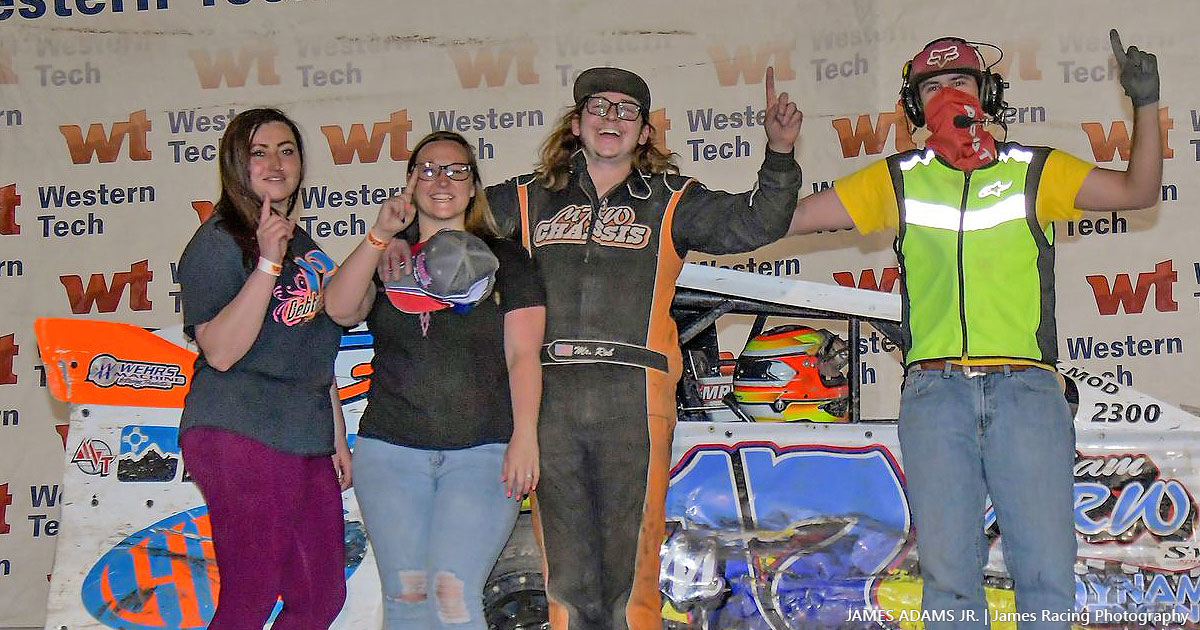 The state-of-the-art Vado Speedway Park was back in action Saturday with Anthony and Chaparral Hot City Nights and a full pit area.

The USRA B-Mod main event saw Billy Roy Harris and Sergio Chao sharing row one. Harris took over the top spot on the start until he and Aasa Flores got together battling for the lead, bringing out the caution and slowing the field.

On the restart, Mingo Jauregui took command with Rob Moseley and Greg Gorham in a wildly entertaining battle for the lead. The three drivers circled the Vado Speedway Park lap after lap and putting on a show while Justin Allen and Ricardo Olague Jr. moved in to battle in the top five as well.

As laps wound down, Moseley and Jauregui ran side by side for the lead with Moseley edging Jauregui at the line for the win. Allen, who started 18th, ran third with 20th-starting Jake Gallardo charging to fourth and Olague fifth at the line.

The Medieval USRA Stock Cars were up next on the running order with 11th-starting Bryan Bennett charging to his second straight feature win on the season.

A great battle ensued out front with Bennett, 12th-starting Jeremy Bradley, 10th-starting Shane McNutt and Cameron Martin waging war for the lead for the majority of the event, only to see Bennett dig deep on the bottom of the speedway and edge his way forward for the victory.

Bradley, in his first visit of the season, ran second with McNutt, Martin and Jonathan Burton rounding out the top five.

The Vado Speedway Park will be back in action next Saturday, May 8, with Mother’s Day Weekend races. The first 250 moms in attendance will receive a complimentary carnation from Flowerland of Las Cruces. Pits open at 4 p.m. with the grandstand opening at 5.

For fans not able to attend in person, all events held during the 2021 season at the Vado Speedway Park will also be streamed live at watchfye.tv.