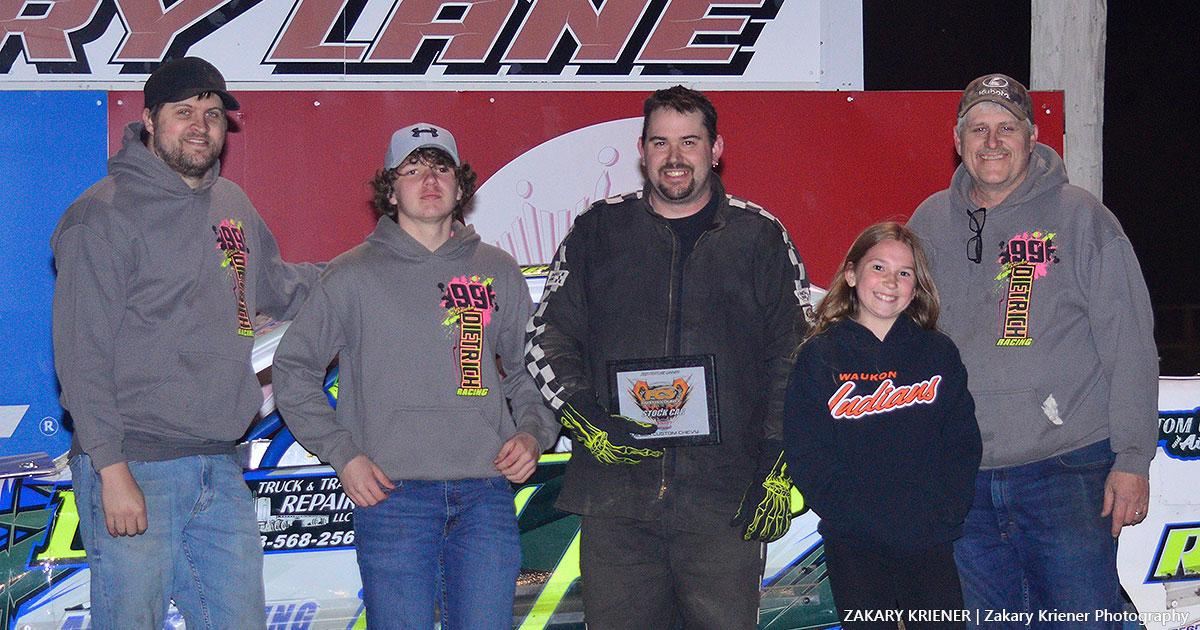 Brandon Dietrich of Waukon was able to get his first taste of sweet victory Friday night at Fayette County Speedway as he led all 20 laps of a stacked Medieval USRA Stock Car feature race.

The weekly competitor at the 3/8-mile speedway held off a late-race charge from one of the best in the business, Mitch Hovden, to get the first win of his career.

In the Mensink Racing Products USRA Hobby Stock main event, Paul Seabrooke of Elgin led the entire feature race—much like he did in his heat race—to pick up his first win of the season.

Dylan Clinton of Edgewood was on Seabrooke’s bumper for most of the race and ended up in the runner-up spot.

Dru Kueker also showed his bumper to the race leader in the later laps, but finished third after advancing six spots in the feature.

Postville ace Josh Roney took the checkered flag first in the USRA B-Mod feature race as he used all lines of the race track to hold off Dan Hovden for the win.

Hovden started eighth in the race to earn the hard charger honors while Independence’s Jerry Luloff was third.

The USRA Tuner feature win went to Fort Atkinson’s David Balik who made his first appearance of the 2021 season.

Balik beat a pair of drivers that started deeper in the field in the form of Josh Hills, second, and Brad Stahl, third.

Both Hills and Stahl moved ahead five spots in the race.

Michael Reicks of New Hampton wound up fourth while Steve Lane of Clermont was fifth.

Racing will return to Fayette County Speedway next Friday night, May 7, for a $500-to-win USRA Tuner payout will mark the speedway’s first special of the season.