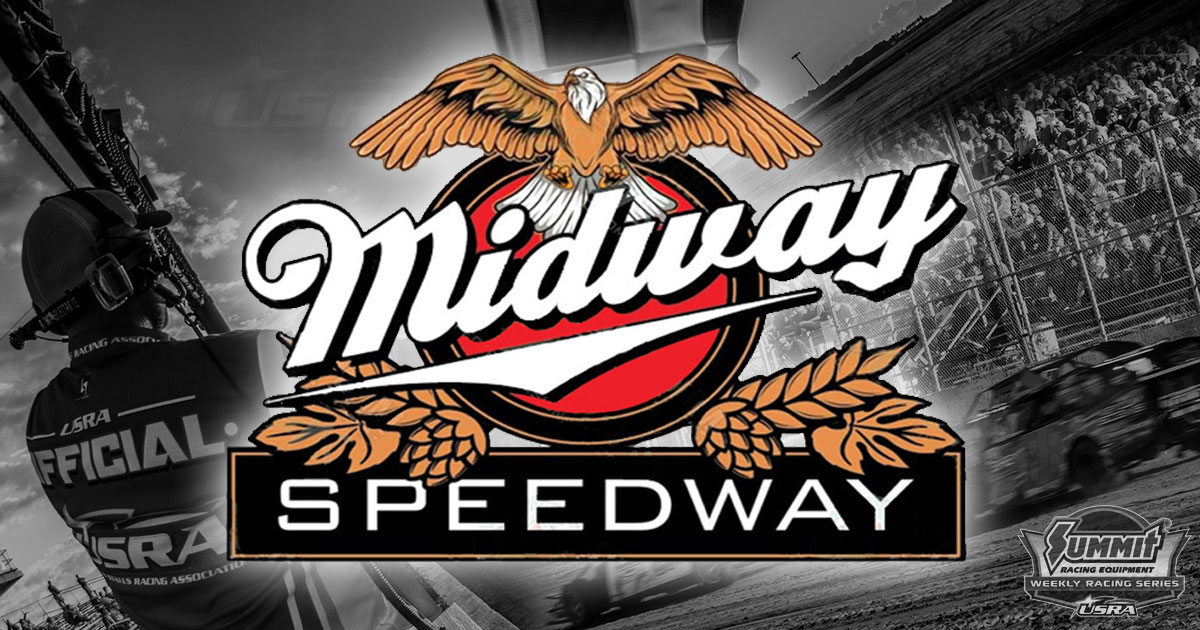 Summit USRA Weekly Racing Series action will get underway Friday night at the mighty Lebanon Midway Speedway. Many changes have happened during the offseason as new owner Clint Gann and his team have been working hard.

A new sound system has been installed, a new track logo, over 10 loads of clay were placed entering the facility and in the pits, new track equipment, increased payout for the drivers, and a new menu for both fans and drivers as The Butcher Shop in Camdenton has joined as a partner this season.

Gann has been busy redoing the track also, making it wider and placing a progressive banking into the corners.

After several seasons away, the high horsepower USRA Modifieds are to be part of the action competing for track. regional and national points. The Modifieds will be competing for $600 to win and $100 to start.

B-Mods will open draw with passing points to line up the feature while the top 6 will redraw.

Urbana young gun Dillion McCowan has won the last two track championships in the B-Mod class and is moving up to the Modified class while he plans on running a few select B-Mod events.

Several Modified drivers in the area are excited to have a Friday night track.

More information is available on Lebanon Midway Speedway Facebook page and at midwayspeedway.net.