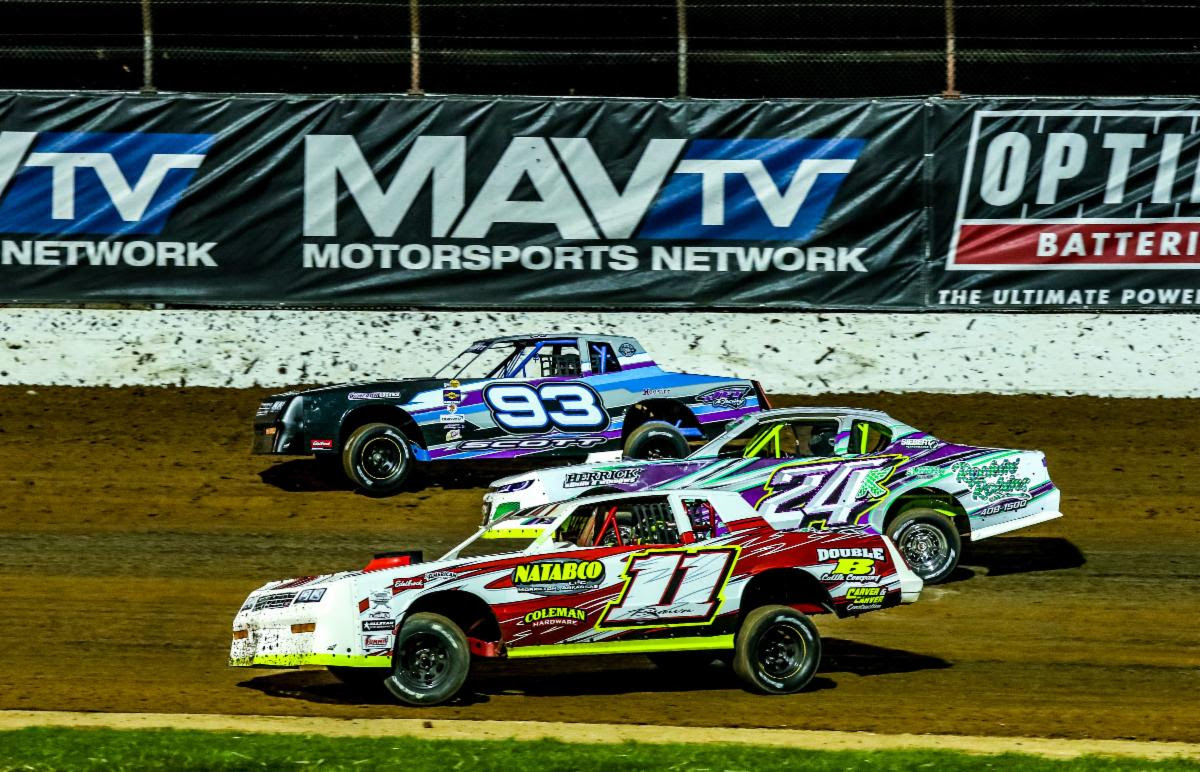 Lucas Oil Speedway kicks off a busy month of May on Saturday night with the Big Adventure RV Weekly Racing Series back in action. A huge discount night on grandstand admission awaits all fans.

It’s $5 Night at the Races Presented by KY3 as all four Weekly Racing Series divisions will be in action. The special $5 admission is for all adults, seniors and youth with kids 5-and-under admitted free, as always.

“Thanks to the folks at KY3 for presenting the $5 Night at the Races,” Lucas Oil Speedway General Manager Danny Lorton said. “We always have a terrific turnout for $5 Night and we look forward to a big night as we start a stretch of four straight Weekly Racing Series events leading into the Show-Me 100 at the end of the month.”

Season championship points battles remain tight in each of the four divisions heading into the third weekly program of the season. In the feature O’Reilly Auto Parts USRA Stock Cars, David Hendrix of Waynesville is just four points in front of Stoutland’s Derek Brown and five ahead of Lebanon’s Robert White. Hendrix and Brown both have feature wins.

Just 22 points separate the top five in the Ozark Golf Cars USRA B-Mods, with J.C. Newell of Buffalo leading Springfield’s J.C. Morton by four points and Terry Schultz of Sedalia by seven. Nic Hines of Trenton trails Newell by 15 and Lebanon’s Kris Jackson is 22 behind the leader.

In Cedar Creek Beef Jerky USRA Modifieds, Jason Pursley of Hermitage has a 19-point margin over Paden Phillips of Chanute, Kansas, with Urbana’s Dillon McCowan 20 behind and fourth-place Chase Domer of Nevada is 21 in back of Pursley.

This week also will see some added attractions:

Two-Seater Raffle: Raffle tickets will be sold on the midway for a chance to win a ride in the Lucas Oil Speedway 2-Seater Late Model, driven by track General Manager Danny Lorton, during intermission.

"The 2-Seater ride has been extremely popular when we've done on occasion over the last three seasons and we want to bring it back for the fans again," said Lorton, who will take on lucky fan for a five-lap spin around the track prior to the main events.

Raffle tickets will be sold throughout the evening with the winning ticket drawn just prior to intermission. Tickets will be sold for $2 each, six for $10 or 12 for $20. Fans must be 18 years of age or older to participate and sign a waiver form.

They will get to meet some of the drivers, see the cars up close and attend the drivers' meeting prior to return to the midway. Each of the eight will receive a Frogs Jr Fan Club T-shirt, checkered flag and a gift bag sponsored by RaceGear Unlimited to put items in they receive from the drivers.

Suite deal available: Fans can take in Saturday's action from a VIP Suite on the third level overlooking the front straightaway, as a limited number of individual tickets are available priced at $24 apiece. All VIP Suite seats must be pre-paid and can be reserved by calling Admissions Director Nichole McMillan at (417) 282-5984.