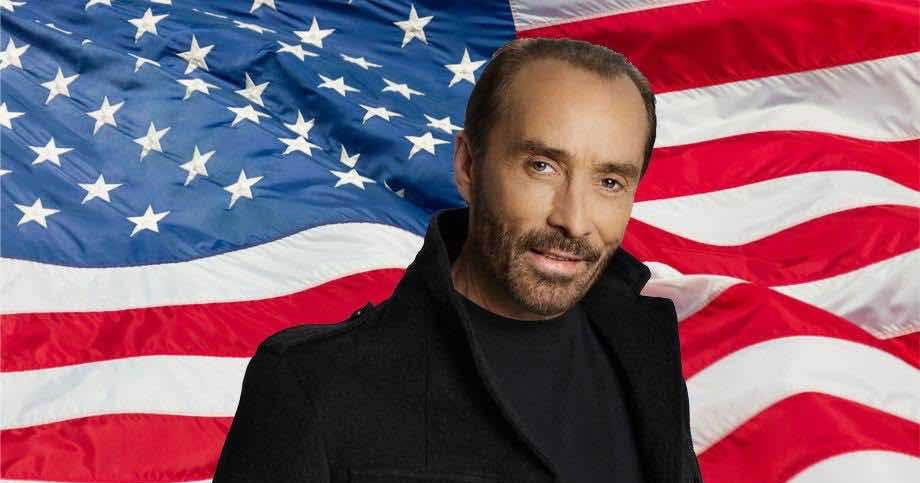 The 29th annual Show-Me 100 presented by ProtecttheHarvest.com the at Lucas Oil Speedway is getting even bigger with the final night one that fans won't want to miss.

Lucas Oil Speedway is proud to announce that three-time CMA and ACM Country Music Male Vocalist of the Year, Grammy Award winner and American patriot Lee Greenwood will serve as Grand Marshall for the final night of the event on Saturday, May 29.

Greenwood will sing the National Anthem during opening ceremonies and also his iconic song God Bless the U.S.A. after driver introductions just prior to the green flag falling to begin the 100-lap feature.

“We are excited to have Lee Greenwood as the Grand Marshall of the Show-Me 100 and sing the National Anthem along with his iconic song God Bless the U.S.A.,” said Wayne Castleberry, Corporate Sales and Marketing for Lucas Oil Motorsports.

Castleberry added that Greenwood’s appearance at the Show-Me 100 “will bring increased recognition as we honor the military and veterans during the event on Memorial Day Weekend. Lee Greenwood and his award-winning career adds more star power to one of the biggest events of the year and a must attend event for race fans all across the country.”

“I’ve sang at so many races, in addition to rodeos, I think that maybe racing fans are as patriotic as anybody in the country and they let you know it,” Greenwood said.

“Since my writing of God Bless the U.S.A. has been in the forefront for American pride, these days of American patriotism and flag-waving are very important. I think I need to have a presence in the country as much as possible. Here we will be, in the heartland of America right there in Missouri, there's nothing more patriotic than that.”

Greenwood has seven No. 1 songs and 25 charted singles to his credit. His country hits include It Turns Me Inside Out, Ring On Her Finger Time On Her Hands, She’s Lying, I Don’t Mind The Thorns If You’re The Rose, Dixie Road, Somebody’s Gonna Love You, Going Going Gone, You Got A Good Love Comin, Fools Gold and Mornin Ride while he already garnered several crossover hits such as Touch & Go Crazy, I.O.U. and the duet with Barbara Mandrell, To Me.

God Bless the U.S.A. went far beyond what Greenwood expected when he wrote it in the back of his tour bus in 1983. The song has been in the top five on the country singles charts three times (1991, 2001 and 2003), giving it the distinction of being the only song in any genre of music to achieve that feat. It was also No. 1 on the pop charts after 9-11-2001. In addition, CBS News voted God Bless The U.S.A. the most recognizable patriotic song in America.

“U.S.A. is the song I always felt the need to write,” Greenwood said. “I wanted to have something that would unite Americans from coast to coast and to instill pride back in the United States. The song represents my family, my community and those men and women who have paid the price for the freedoms we all love and enjoy.”

More information about Lee Greenwood, including tour dates for 2021, can be found at LeeGreenwood.com.

Action kicks off on Thursday, May 27, with the Cowboy Classic with Late Models headlining the program with a $6,000-to-win, $600-to-start main event plus the USRA Modified feature winner earning $750.

The Tribute to Don and Billie Gibson on Friday, May 28, also will see a $6,000-to-win Late Model feature while USRA Modifieds compete in a $750-to-win main event with more points collected toward the Saturday's finale.

Lucas Oil Speedway is located at Highways 83 and 54 in Wheatland, Missouri. A campground with shower and bathroom facilities is also available. With its entrance located just outside the pit gate this sprawling scenic camping facility will continue to enhance the racing experience at the Diamond of Dirt Tracks. For more information call the track hotline at (417) 282-5984.