The final weekend of points for USRA Modifieds and USRA B-Mods in the Summit USRA Weekly Racing Series will feature four monstrous events during Halloween weekend with the inaugural Modster Mash. With more than $35,000 to the winner(s) of the four USRA Modified feature races and $5,033 to the USRA B-Mod winner(s), this simmering cauldron of cash is REAL MONEY for REAL RACERS... 100% treats, 0 tricks.

TRI-STATE SPEEDWAY
On Thursday, October 29, drivers will get their first chance to race for great money in the inaugural King of the Ring at the Tri-State Speedway in Pocola, Oklahoma, with $10,050 to win and $700 to start for USRA Modifieds. There's also a $2,000 top prize up for grabs for the USRA B-Mods with at least $100 to start the main event and $75 for non-qualifiers presented by Drive4JRT.com, SDI and Robert Vinson.

LAKESIDE SPEEDWAY
On Friday, October 30, head north to the Lakeside Speedway in Kansas City, Kansas, for the 5th Annual Grant Junghans Memorial paying $10,002 to win the USRA Modified main event. Currently, the start money is no less than $1,152. More money will be added as sponsorships come in. USRA B-Mods will also be racing for $1,002 to win and $102 to start.

81 SPEEDWAY
On Saturday, October 31, the inaugural Mel Hambelton Ford Modified Spooktacular presented by Park City will take place at the 81 Speedway in Park City, Kansas, with a $10,031 paycheck going to the winner and a minimum of $700 to each starter in the main event. USRA B-Mods will also be running for $1,031 to win and $131 to start.

HUMBOLDT SPEEDWAY
On Sunday, November 1, the road leads to the Humboldt Speedway in Humboldt, Kansas, for the first-ever Halloween Hangover at The Hummer featuring a $5,000-to-win, $320-to-start feature for USRA Modifieds and USRA B-Mods once again sharing the spotlight and racing for $1,000 to win. USRA Tuners are also on the racing card.

Come trick-or-treating to http//usraracing.com and follow the USRA and Modster Mash on social media. 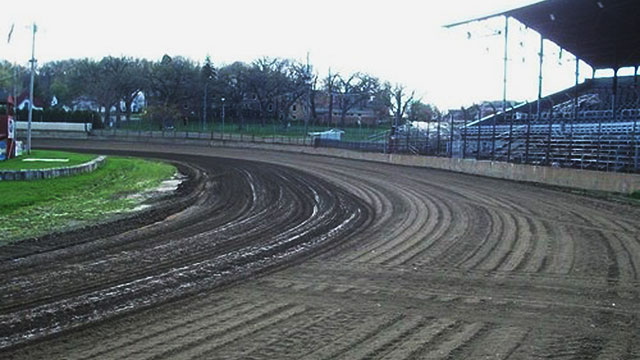 Upper Iowa Speedway promoter Chuck Ihde stopped in this morning at the KVIK Radio studios in Decorah to talk about the upcoming racing season.read more