Rivera rolls from 21st to win at Vado Speedway Park 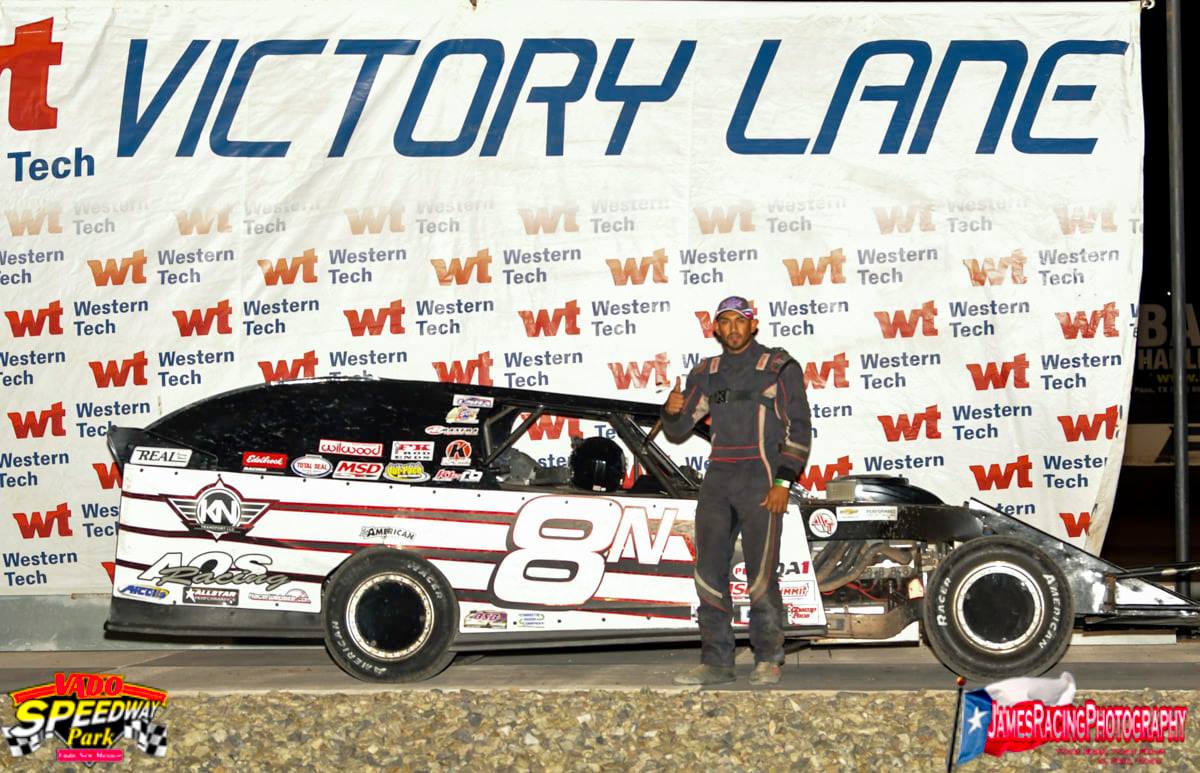 The Vado Speedway Park in Vado, N.M., hosted it’s first Egggstravaganza Easter Celebration event on Saturday night, April 3, with an appearance by the Easter Bunny, an Easter Egg Hunt and a massive candy toss for the kids highlighting the off-track excitement, but the on-track excitement is what stole the show.

The USRA Modifieds main event saw Terry Tipton and Christy Barnett on the front row. Tipton jumped to the lead at the start of the main, with Xavier Ortega quickly moving in to pressure for the top spot.

Ortega took the lead from Tipton, only to have Nathan Smith wrestle the lead away with Bumper Jones in hot pursuit. Jones raced hard into turn three and made contact with Smith, causing a multi-car crash, eliminating himself from competition and sending Smith into the work area for repair.

Ortega took back over the lead and raced out front with Josh Cain providing pressure. Suddenly, 21st-starting Nick Rivera and 14th-starting Mark Smith appeared into the top five and Rivera quickly blasted around the outside of Ortega to the top spot and never looked back.

Rivera raced to a comfortable victory over Smith, Cain, Tipton and Royal Jones, who both rallied from the tail after being caught up in an early-race altercation.

The Vado Speedway Park will be back in action this coming weekend with its first multi-day event of the season. The Winter Meltdown returns on Friday and Saturday night with two complete shows for USRA Modifieds, Medieval USRA Stock Cars and USRA B-Mods, plus Legends. Pits open at 4 p.m. with the grandstand opening at 5 and racing beginning at 7:30 each night.