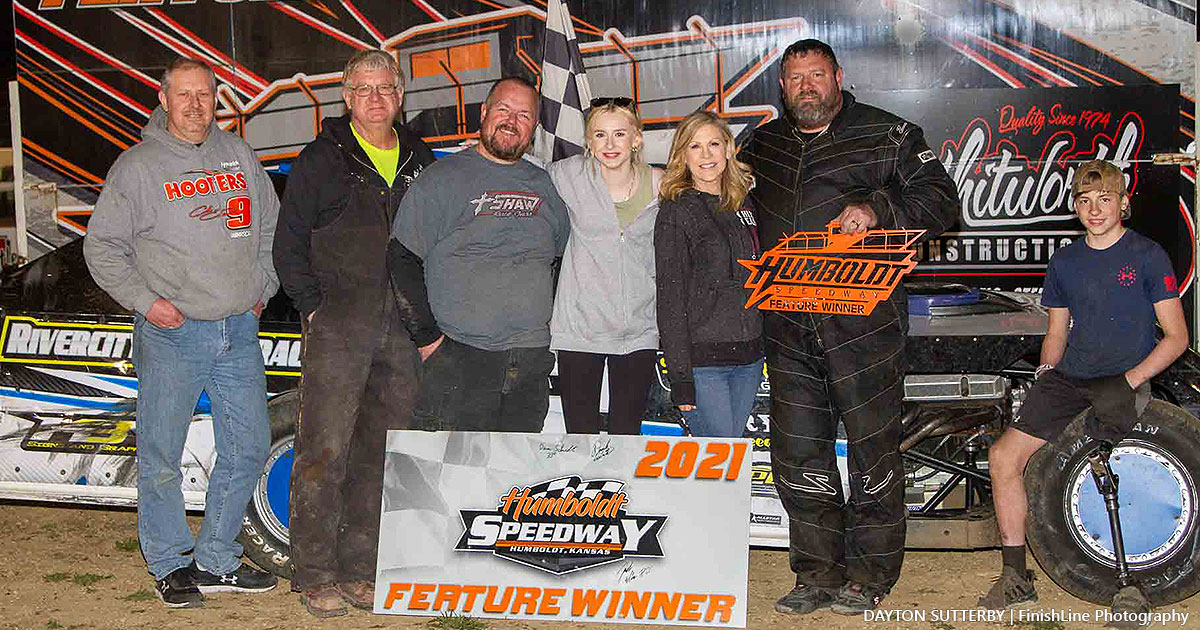 After last week’s King of America/Battle at The Bullring mega race at the Humboldt Speedway in Humboldt, Kansas, opening night of the 2021 season was underway at “The Hummer” on Friday night, and this year promises to be an extremely speedy one.

A familiar face to Humboldt Speedway fans, Jeremy Chambers—formerly from Yates Center, now based in Baldwin City—dominated the USRA B-Mod feature, winning the race start to finish despite an outstanding performance by second-place Tyler Kidwell of Chanute.

Fifteen cars started the USRA Tuners feature, and when all was said and done Devin Schmidt of Nortonville topped the four-cylinder field.

Barry Luthi of Topeka was third, Cayden Vance of Chanute claimed fourth and David Frost of Parsons was fifth.

Next week’s action will star th USRA B-Mods and USRA Tuners in addition to the Cash Money Late Model Series, Midwest Mods and Factory Stocks. Gates open at 6 p.m. and racing gets underway at 8.