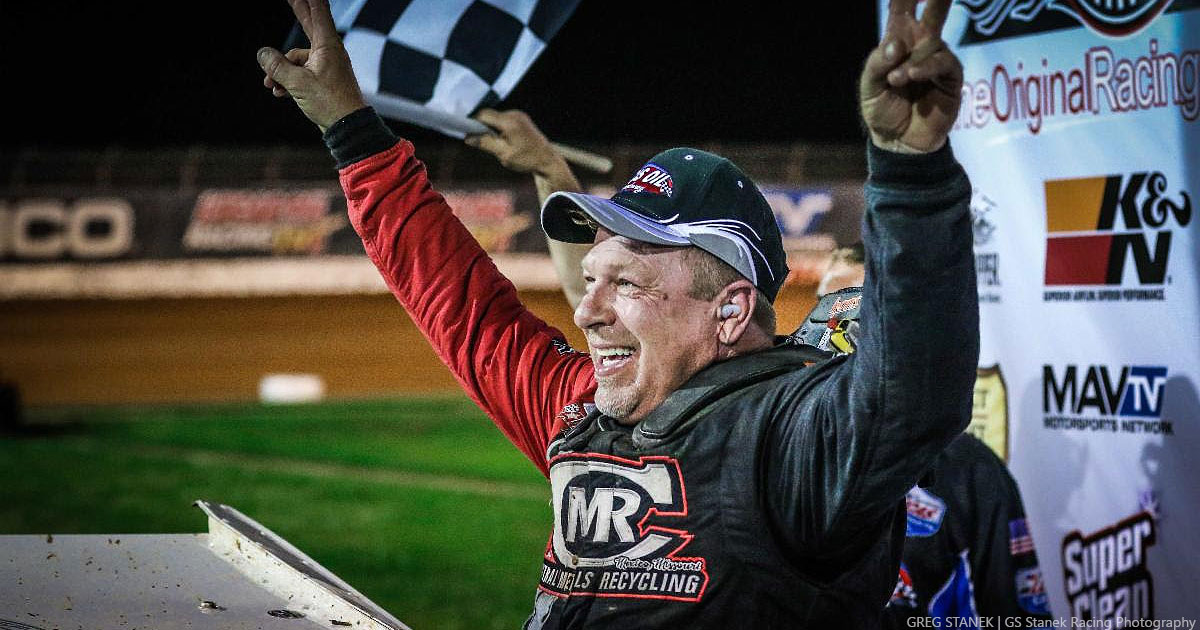 Robbie Reed took a bit of a different path to the same destination at Lucas Oil Speedway during the 2020 season.

Stamping himself as the clear favorite with an opening-night feature win, Reed went on to make it back-to-back USRA Modified track championships.

That was in contrast to the previous season, when he opened with a 13th-place and had to dig himself out of an immediate hole.

“It’s always nice to get a good start like that,” Reed said of 2020. “If you get behind and have tough nights at the beginning and fall behind, it’s a tough climb back. But even when we got behind, it was just about being consistent. Everybody is going to have a bad night here and there. It’s making the most out of those nights as best you can, getting every position that you can.”

By the time the veteran driver from Mexico, Missouri, had his first DNF of 2020 it already was August and he had the championship all but clinched. Reed wound up with three wins and four second-place finishes in 12 events. He was 91 points in front of Ryan Middaugh when all was settled.

It validated words Reed said about a year ago, when he said his Vanderbuilt-chassis car was just getting properly dialed in when the 2019 schedule concluded.

“It’s always great to win a championship and to win one back-to-back is even better,” Reed said. “There’s a lot of good competition down there, a lot of guys who are in and out of there. You don’t always race with the same guys and I like that.

“We went out and ran some other tracks when the season was over. I think Lucas has kind of spoiled us. You go to some of these other places and they seem kind of run down and the tracks are narrow. The people at Lucas always are glad to see you. When you win a lot, it’s not always that way.” Reed could have had an even-more-dominating season, considering his four runner-up finishes. One of those was a photo-finish when he came up a few inches short to Robert Heydenreich, who was driving one of Reed’s former cars.

“We’re always trying to win and had a few close ones there that kind of got away from us,” Reed said. “At the same time, when you’re racing for championships you have to race smart, too.”

Reed said he will pursue a third straight Lucas Oil Speedway championship in 2021. He has a new car in the works, but isn’t too eager to get away from his true-and-tested car that’s served him so well over the last two seasons.

“We did have it working pretty good,” Reed said. “We have a new car that we’re playing with, but I don’t think we’re gonna turn loose of that old one. We’re just gonna try to set up (the new one) and do a little experimenting with it and leave that old one alone. It seems to work pretty good down there.

"We're gonna run Lucas for sure next year. I like that place a lot. They're trying to get Randolph County Raceway near Moberly going again. We've won some championships there. I'm hoping they're run on Friday nights because we'll be at Lucas for sure on Saturdays."

“I have a good bunch of guys who help me out,” Reed said. “They probably are into it more than I am. They get the car ready to go racing when I’m working. I couldn’t do it without them.”

Season passes, gift cards available: Season passes for the 2021 season are available now and those who had them in 2020 can renew at a $50 discount through the end of the year. Contact Admissions Director Nichole McMillan at (417) 282-5984 or email her at nichole@lucasoilspeedway.com for more information.

Meanwhile, Lucas Oil Speedway gift cards also are available, in any dollar amount. They can be redeemed in any department at the speedway or used toward tickets for any event on next year’s schedule.