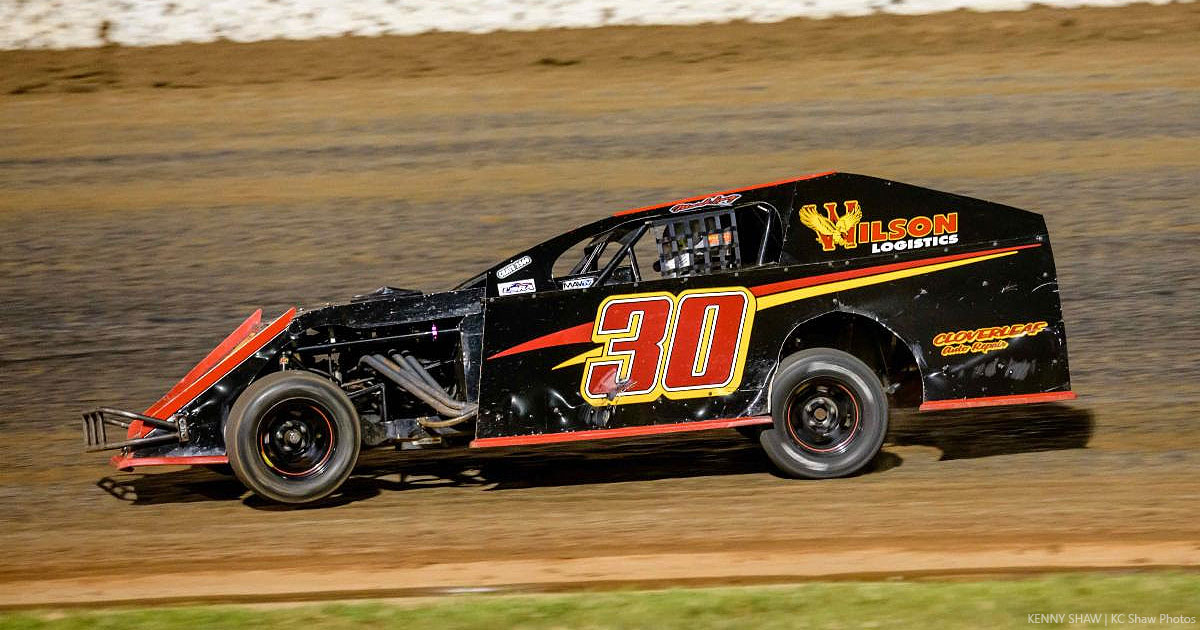 Mark Long got a later start racing than most of his dirt-track peers, jumping from an iRacing seat in his living room five years ago into the driver's seat of a used B-Mod.

"I had no background at all in racing, other than spectating and iRacing," Long said. "I had always wanted to drive a race car. But as I got older, I wondered if it ever was going to happen."

The 44-year-old from Willard, Missouri polished off his best season yet in 2019, finishing eighth in the highly competitive Ozark Golf Cars USRA B-Mod points at Lucas Oil Speedway. He's ready to chase new heights as a new season in the Big Adventure RV Weekly Racing Series is set to begin on May 16.

"My goal was to finish in the top 10 in points and I was proud to finish where I did, against such a high level of competition," Long said of last season. "But I wasn't quite satisfied with my finishes. I'm wanting to win. That's my goal, but boy it is tough up there.

"It's unbelievable how good some of those guys are. To win at Lucas Oil Speedway in a B-Mod, you've got to go around three (USRA) national champions."

Those are two-time reigning champion Kris Jackson, along with past national champs JC Morton and Andy Bryant. Simply racing against those guys, only a few years ago, seemed like a far-fetched dream for Long.

But while iRacing regularly with several drivers, including fellow Willard resident and racer Kaeden Cornell, Long was encouraged by several to take his passion from simulation to the real dirt.

"It was a pretty rocky road those first couple of years, trying to learn so much stuff," Long said. "I had no background to draw from, but I had so much help from my buddies who raced. Kaeden Cornell, I went to school with his mom and dad. They have been great and have helped me so much. The Cornells are like family and Kaeden is like a little brother to me.

"My buddy Nathan Gold always raced and he helped me so much. Nathan passed away last year. I really want to win one for Nate this year. That would be really cool. He was a veteran racer that didn't mind me asking dumb questions. He helped me so much, as did so many people."

Long said getting accepted into the racing family has been the most-rewarding aspect of his experience.

"When I'm done racing, what I'll remember most is all the great people that I met through racing. I've made so many good friends," he said.

Long is looking to continue improving his racing program and has tried to turn the delayed start to the season, due to the coronavirus pandemic, into a positive.

"Since we weren't in a rush to get to racing, and weren't spending money on racing, I was able to put that money back into my car and make some improvements," Long said, adding that finding the right balance between traction and motor strength will be a big key.

Long said life can be hectic, working on his car during the week after working a full-time job during the day. His dad, Ronnie, pulls the car and trailer to the track and helps with maintenance as much as he can. Daughter Madison (15) and son Landon (11) are Mark Long's biggest fans.

"When I get down after I don't finish well, they're always there for me and telling me how good I did," Long said. "They also help me (with the car) as much as they can."

"It's been an unbelievable challenge to do this, but it's been very rewarding," Long said.

Test and Tune Saturday: Drivers have a chance for an Open Test and Tune from  2-6 p.m. Saturday at Lucas Oil Speedway, with the pit office opening at 10 a.m. to help alleviate congestion during check-in. In respect to the COVID-19 virus, social distancing will be expected of all participants, with only one team at a time allowed in the pit office and a minimum of one pit stall required between teams once in the pits. Race haulers only - and no personal vehicles - will be allowed in the pits.

Pit passes are $25 and there will be no grandstand access or spectator admission.  Pit-side concessions will be open, with a limited menu. Sunoco race fuel, along with Hoosier and American Racer tires and Lucas Oil products will be available for purchase at the track.

The top 15 drivers from 2019 championship points standings will have the first opportunity to pre-register for the May 16 event, Ozarks Cola-Cola/Dr Pepper Night at the Races Presented by OzarksFirst.com. These 15 from each class will have until noon May 12th to preregister via MyRacePass. After noon on May 12th, it will be open registration for each class until 30 spots are filled in each class.

Registration will close at 5 p.m. May 15 with the field capped at 30 in each division. The Street Stocks will be the featured class on May 16 with a $750-to-win main event.

For ticket questions or information for any event this season, contact Admissions Director Nichole McMillan at (417) 282-5984 or email her at nichole@lucasoilspeedway.com for more information.