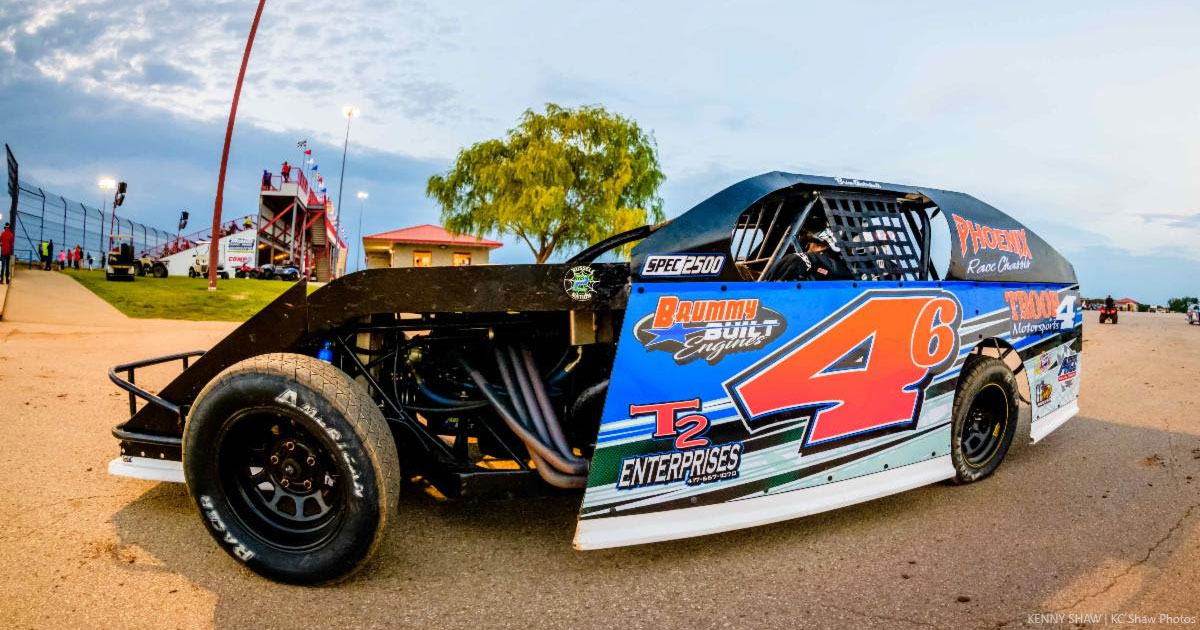 Second-generation racer Brice Gotschall has no illusion of contending for a track championship just yet, especially considering the Out-Pace USRA B-Mod class at Lucas Oil Speedway includes a trio of former national champions among a large weekly field of entries.

For Gotschall, a 16-year-old junior at Nevada High School, it's all about getting a little bit better and keeping his goals for the 2020 season realistic.

"I'd like a couple of top-five finishes and a top-10 finish in points," Gotschall said. "But I'd be happy with whatever. Just to finish a race without motor problems, I'd be happy."

Motor issues plagued the team in 2019 as Gotschall - son of veteran Late Model driver Brantlee Gotschall - wound up 13th in points in the Out-Pace USRA USRA B-Mod division at Lucas Oil Speedway. He qualified for four A-features with a best finish of 12th on April 27.

Brice said his engine got hot early in the season and it was discovered later in the year that the block had a crack, thus creating chronic motor issues. Despite that, there were some positives to draw upon as he reflected on the experience of mixing it up with 2019 USRA national champions Kris Jackson and past national champs J.C. Morton and Andy Bryant.

"It's a lot of fun. It puts you to the test to see what you're up against," Gotschall said of the quality of competition. "We still have competition at our home track (Nevada Speedway), but it's way more difficult at Lucas. Those guys are such good drivers."

Racing has been in young Gotschall's blood since he was born, with his dad in the sport as a driver and now owner/operator of Phoenix Race Cars and Troop 4 Motorsports. Brice started racing go-karts at age six and started racing his first Out-Pace USRA B-Mod a couple of years ago.

"I always helped my dad as much as I could, but didn't know much about it at the time," Brice said. "Now dad helps me out when he can. He's at the races every weekend, but might have a customer with him. If we need to change something on the car, I'll change it."

Brice Gotschall said his dad might take the car to the Humboldt Speedway Battle of the Bullring in March for a shakedown. Brice's first track time is scheduled for Lucas Oil Speedway's test and tune on March 28.

"I have to thank my mom (Brooke) and my dad and everyone who helps us," Brice Gotschall said.

The Lucas Oil Speedway season kicks off with the open test and tune on March 28, with the Big Adventure RV Weekly Racing Series opening night set for April 4.