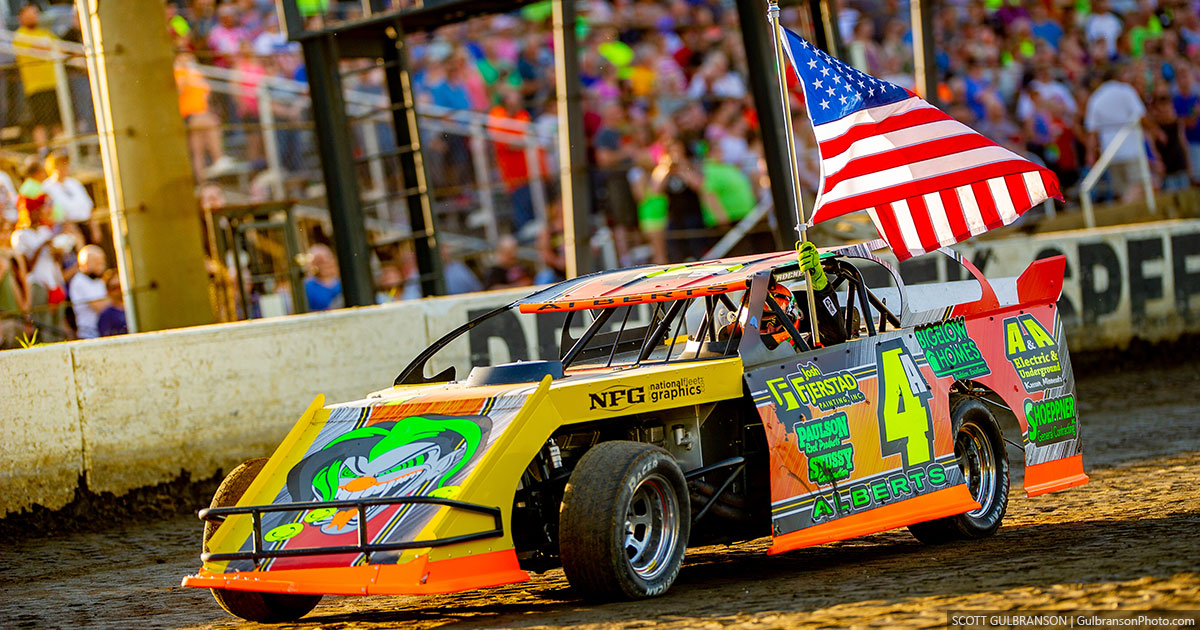 The 24th season at the Deer Creek Speedway got off to a slow start. For the seventh year in a row the season opener did not take place on its scheduled date. In fact, the first three scheduled nights were cancelled and the opener took place on May 4.

Dahle’s win on June 29 was probably one of the most emotional wins in track history. His father, Jeff Dahle, passed away about a month earlier and Dahle wheeled their new VanderBuilt Race Cars USRA Modified to a win the night before and then got his first ever win at Deer Creek.

It was a great race when Dahle out ran Brad Waits for the win. The crowd's response to Dahle in victory lane was spine-tingling as they went crazy for the winner. Dahle was then joined by his mother, LeAnn Dahle, in victory lane which made it a truly special ending to a great night.

Davis became the first repeat winner on July 13 and then owned the division after that. The No. 50III swept to a seven-race win streak to end the point season. That not only earned him the Summit USRA Weekly Racing Series track championship but also the “King of The Creek” title too.

Dustin Sorensen had a great season as well. Sorensen scored a feature win and was consistent with 11 top-five finishes in the 12 points shows that were run.

Jim Chisholm set the tone for the 2019 season when he won the first two points nights. Chisholm put a stranglehold on the championship chase as he reeled off four straight wins from June 22 to July 27 en route to his second straight track title.

Parker Hale was the only other driver to win more than once. Hale’s victories came back-to-back on August 17 and August 24. Jayden Larson won his first feature at Deer Creek on August 3.

On July 6, the 40th annual Gopher 50 was held and Sorensen claimed another big win in the USRA Modifieds which earned him a cool $5,000.

The J&S JCB Labor Day Duel took place on August 31 and once again it was a Deer Creek regular in victory lane as Davis took the win over Derek Ramirez and Sorensen in the USMTS Modifieds. Micth Hovden topped the American Racer USRA Stock Cars and Kris Jackson won the Out-Pace USRA B-Mod feature.

The first annual Kid’s Dreams Come True USRA Stock Car Nationals was held on September 14. A whopping 48 American Racer USRA Stock Cars and 53 Mensink Racing Products USRA Hobby Stocks put on a superb show for the fans. Dillon Anderson staved off Kyle Falck and Travis Shipman for the Stock car title. The Hobby Stock feature was outstanding as Jamie Songer held off a charge from Eric Stanton and Justin Luinenberg for the win. 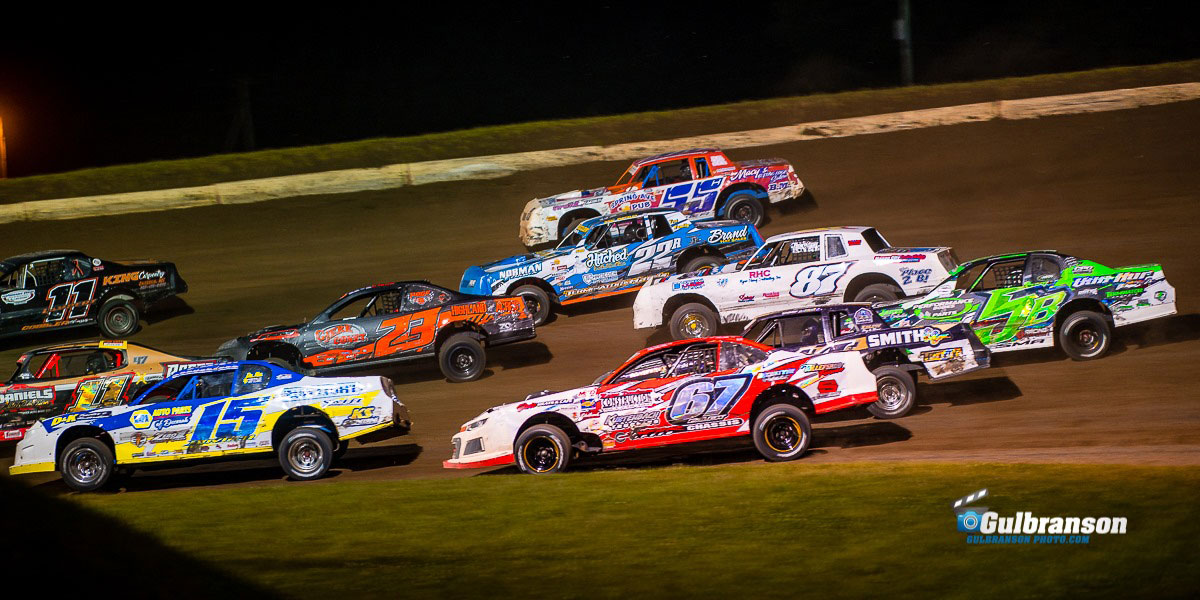 The Featherlite Fall Jamboree was the final weekend of the season, September 19-21.

Night number one had Ramirez park his No. 4R in victory lane for the first time at Deer Creek and R.C. Whitwell won the special non-qualifier race that night while Chisholm beat soon-to-be USRA B-Mod national champ Jackson for the win.

Night two it was USMTS Modified national champion Rodney Sanders who topped Sorensen and Jake O’Neil for the win as Chisholm again topped the USRA B-Mods, this time over Dan Hovden and Jared Boumeester.

The finale for the Modifieds was won by Deer Creek regular Jacob Bleess who led all 50-laps to earn he biggest win of his career and a $10,000-payday. Davis finished second with Sanders third and R.C. Whitwell again laid claim to the win in the Non-Qualifiers Race while Chisholm completed the sweep in the USRA B-Mods.

The Deer Creek Speedway management and staff thank everyone that helped make Saturday night special during the summer months. To all the drivers, crews, fans, sponsors and employees thanks for another great season at Deer Creek, you are makes it truly special. We hope you all have a happy and safe off-season and hope to see you all in the spring.

Tickets for racing events in 2020 are on sale now at deercreekspeedway.com.