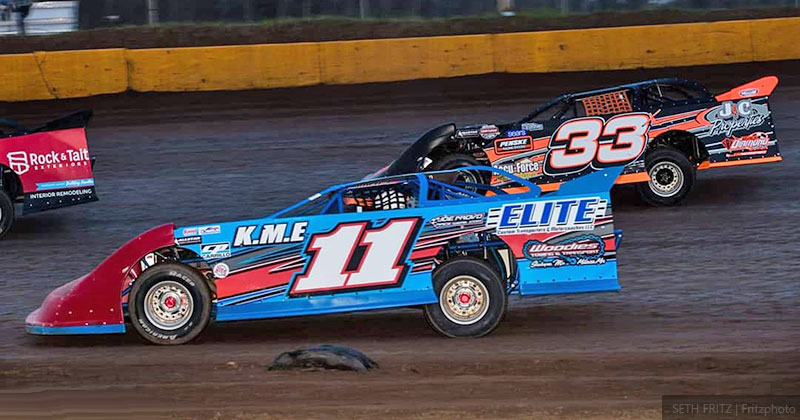 The legendary Cedar Lake Speedway in New Richmond, Wisconsin, has unveiled a 2020 event schedule that features 36 events from April to October, including several new and exciting shows dotting the lineup and 21 nights for the USRA Late Models.

The 64th season at the legendary Western Wisconsin speedway will kick off with an open practice on Friday, April 3, and the first Summit Weekly Racing Series event featuring USRA Late Models will take place Saturday, April 4.

The following weekend, competitors will be able to turn laps at the second open practice session of the season on Friday, April 10, with the second event of the year on Saturday, April 11.

The first multi day event of 2020 will be on the schedule with the Legendary Opener weekend taking place with practice on Wednesday, April 15, and then racing action for USRA Late Models on Thursday night.

The popular school bus special is back Saturday, May 9, featuring one of the most fun nights of the year in addition to racing action by the USRA Late Models and UMSS Traditional Sprint Cars.

Saturday, June 27, will be the annual Firecracker Special with USRA Late Models on the track and the area’s biggest and best fireworks display as well. USRA Late Models will be in action on July 11 and July 18 before kicking off the following month on Saturday, August 1.

USRA Late Models are back on Saturday, August 15, for weekly event #13 and Free T-Shirt Night, while Saturday, August 22, is the final weekly event of 2020 and will also serve as Fan Appreciation Night and Season Championship night. Free corn on the cob will be provided for all guests along with a full six-division program.

The 15th annual Legendary 100 is the final multi-day event of the season, starting with practice on Wednesday, September 16, and then ten classes in action all three nights on Thursday, Friday and Saturday, September 17-19.

Preliminary events will be held for all divisions on Thursday and Friday with championship features on Saturday night. USRA Late Models will all be in action all three nights over the huge weekend.

For start times, ticket prices and other information, please visit CedarLakeSpeedway.com or any of the track’s social media platforms.