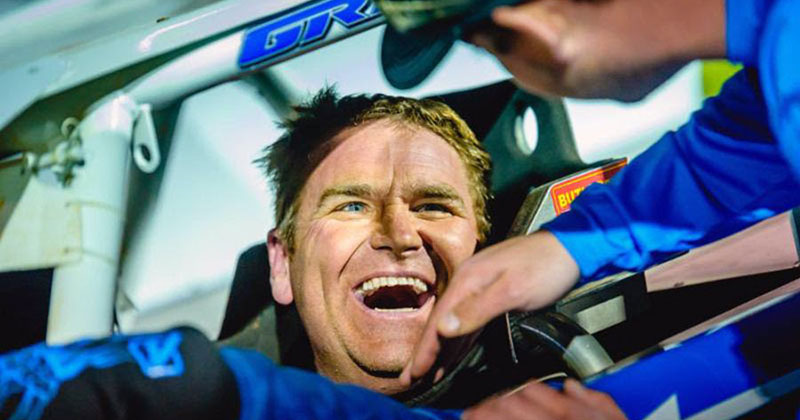 Mike Striegel had made countless laps around Lucas Oil Speedway over the years. He's even won a championship at his hometown track behind the wheel of an Out-Pace USRA B-Mod.

But for the 2020 season, Striegel will have a new vantage point. He will be directing Summit USRA Weekly Racing Series action from the flag stand, replacing long-time flagman Bruce Korte who retired after the 2019 season.

"It's kind of a long haul for me ... all the way from across (Highway 54) from the track," Striegel joked. "But man, I'm pretty pumped up about it. It's been a while since I flagged, but I'm looking forward to it."

Striegel has extensive experience flagging races, mostly before he began racing about 20 years ago. He started at Monett Speedway and also has stints flagging for the Lucas Oil MLRA, Mass.RS DirtCar Series and Show-Me Racing Series.

"I started at Monett Speedway under the guidance of Duane Johnson. He was a beast back then, the best I've ever been around," Striegel said. "He taught me as he was getting ready to retire back then.

"I've done a lot of flagging that people didn't know about. I flagged at Flippin, Arkansas, for a season. I've even filled in eight to ten races one season at Dallas County Speedway. I really enjoyed it over there."

Lucas Oil Speedway General Manager Danny Lorton said Striegel was an obvious choice once he learned of the interest.

"Having someone who knows both sides of racing from a driver standpoint and an officials standpoint, like Mike, is a plus," Lorton said. "You understand the racers and the business side also, which makes communicating with each a lot easier."

Striegel plans to cut back his racing schedule, which has included both a USRA Modified and B-Mod in recent years, to one car next year along with car owner John Stewart.

Striegel, 49, ran for the Grant Junghans USMTS Rookie of the Year honors in 2019, finishing second to Hunter Marriott. He was ninth overall in the national points, but said the extensive travel took a toll.

"We had a ball and I wouldn't trade it for anything," Striegel said. "I'm glad we did it. It was something on my list and I got to do it."

Striegel said he still plans to run about an 18-race schedule next season, going to other tracks on Fridays or during Lucas Oil Speedway off weeks.

"Lucas Oil Speedway is my favorite place to race. I'm sure I'm gonna miss it," Striegel said. "It's gonna take a few races, but I'm gonna have a ball flagging again. I've missed it and I'm ready to get back at it for sure. Even if I'm not racing, I feel like I'll be doing something to help the racing community."

"Brian has a background with computers and software maintenance and experience. He came highly recommended," Lorton said.

Gift cards, season passes available: Season passes for 2020, along with gift cards which can be redeemed in any department of the speedway, are now available. Contact Admissions Director Nichole McMillan at (417) 282-5984 or email her at nichole@lucasoilspeedway.com for more information.