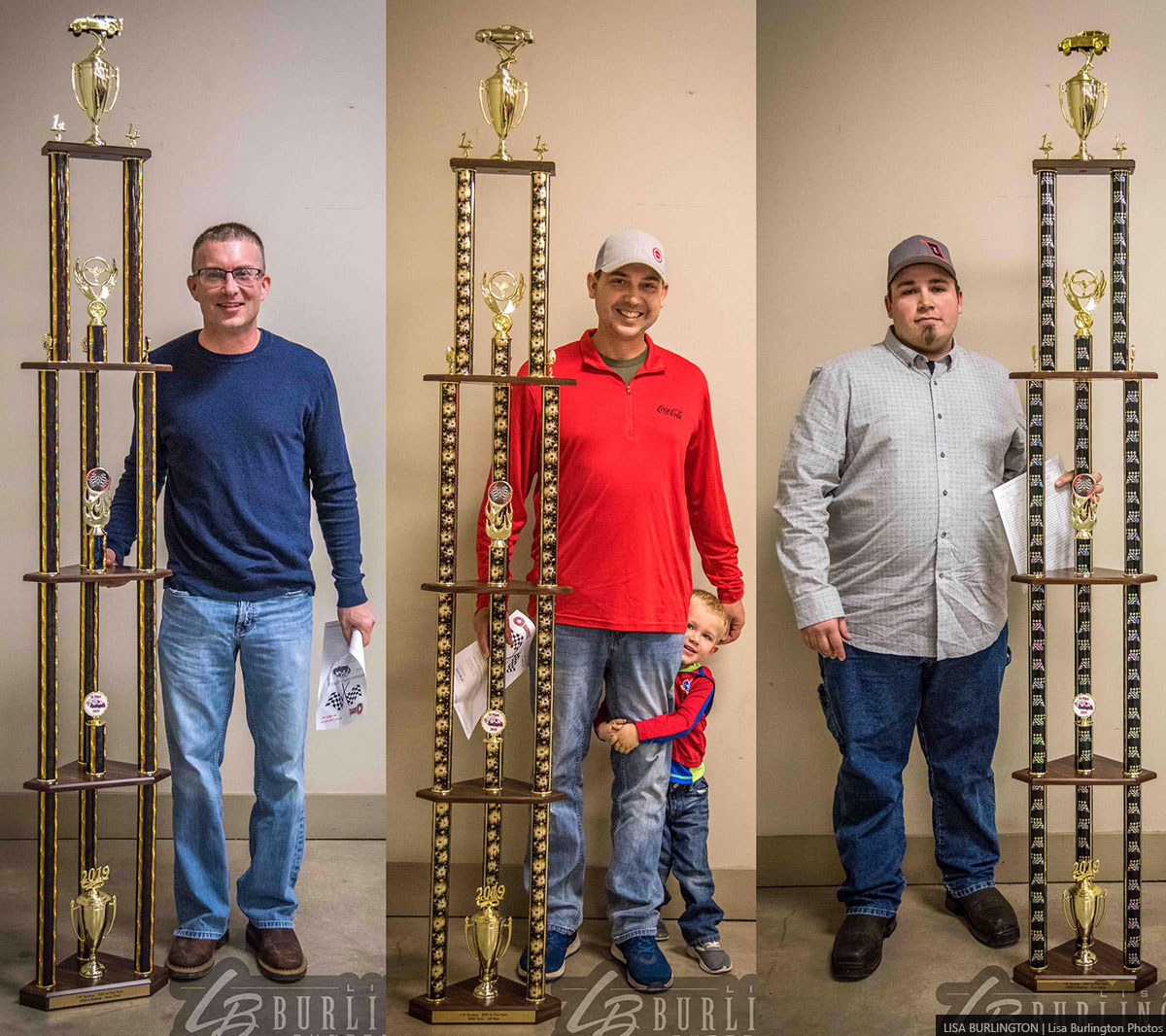 I-35 Speedway’s super fun, super exciting, super 2019 racing season has officially come to an end with the always-fun season ending banquet on November 2.

More than 240 people attended the night of celebration, and track champions went home with 7.5-foot-tall trophies—the envy of the racing community. A fun. exciting banquet night ended the 2019 racing season at the I-35 Speedway.

A happy social hour took place where racing stories from 2019 and plans for 2020 were discussed. A delectable meal of smoked pork or chicken, mashed potatoes, green beans, macaroni and cheese, and a roll was provided by Pit Stop Catering with cookies and cupcakes readily available for dessert.

Lisa Burlington had the shutter constantly opening and closing on the camera, capturing the banquet happenings.

After dinner, Master of Ceremonies Mark Merrell took to the stage and hosted the evening’s awards. Track owners Mike and Kyle Johnson were called to the stage to present the awards.

The surprise award of the night was the Super Fan Award presented to Darla Dixon.

Special Recognition Awards were presented to the Community Ambulance Service of Daviess County and Bridgeman’s Wrecker Service. The Gene Tuttle Award winner was Michael Hillyard for his work in lineup and post-race.

The Awards ceremony culminated with Cletus “Mudcat” Murray, Gene Stigall, the Bridgeman Family and J. D. Green being inducted into the 2019 class of the I-35 Speedway Hall of Fame.

Kayce Terhune closed the banquet with an appreciation award for Kyle Johnson.

Now onto the 2020 racing season. Keep watching for I-35 Speedway press releases and social media for exciting news concerning next year’s schedule, classes and other information. A drivers' meeting for 2020 is scheduled for January 11 at the Trackside Bar & Grill starting at 10 a.m.