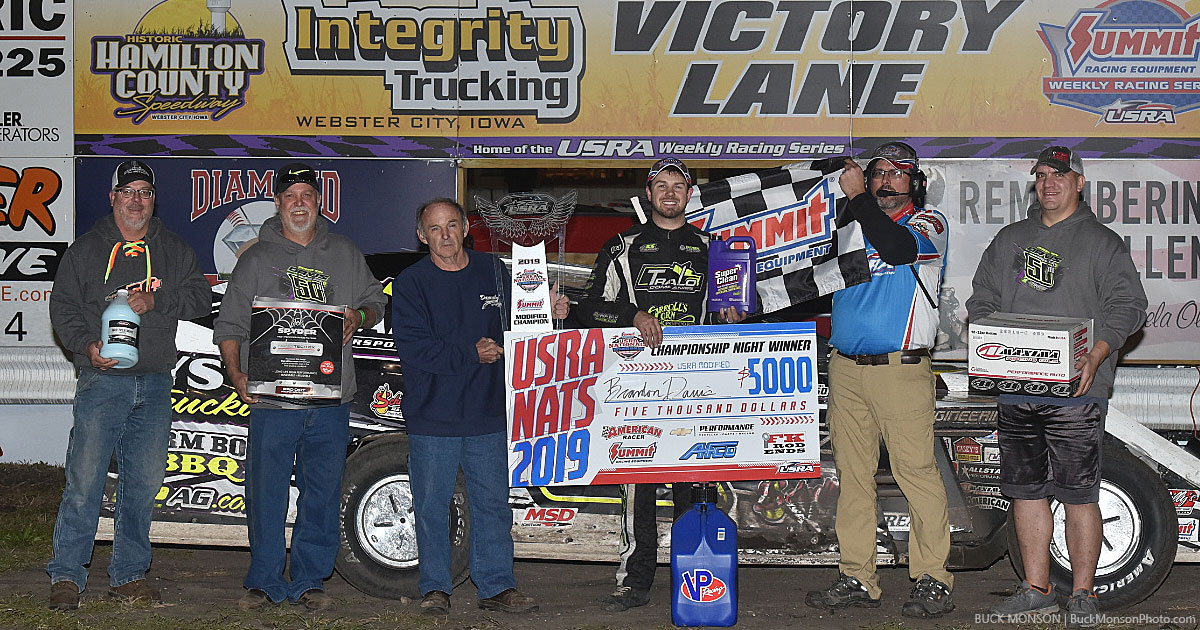 The 6th Annual Summit USRA Nationals presented by MyRacePass took three weeks to complete, but officials and fans at the Hamilton County Speedway were rewarded for their patience Saturday with four fantastic main events that were worth the wait.

Around 8:30 p.m. on September 28, the skies opened just as the USRA Modifieds had taken to the track for their main event and the show was paused for what was hoped to be a brief rain interruption. Turns out, the remainder of the show was postponed for three weeks.

Defending national champion Kris Jackson of Lebanon, Mo., started on the pole of the Out-Pace USRA B-Mod main event which usually has his competitors rushing to see what second place pays.

On this night, however, Decorah’s Dan Hovden was dominant as he led every lap from the outside of the front row to take the win over Jared Boumeester, Jackson, ninth-starting Ben Moudry of Hastings, Minn., and track champ Ty Griffith of Webster City. 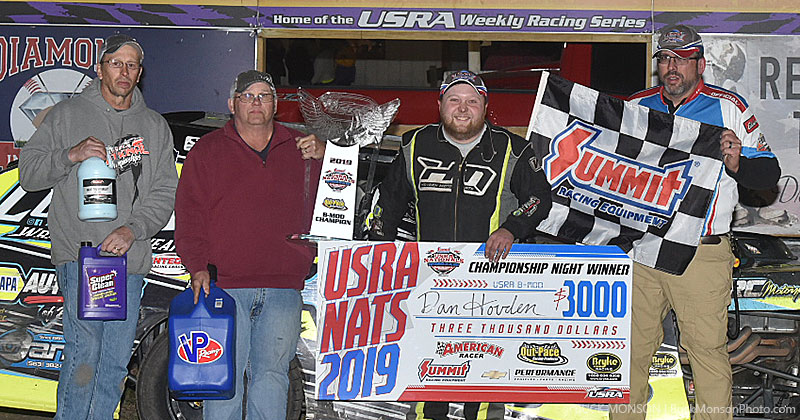 When the checkered flag waved at the end of Saturday’s main event, that’s just how they finished with Stanton—the two-time defending track champion—edging closer to breaking Gulbrandson’s stranglehold on the throne. 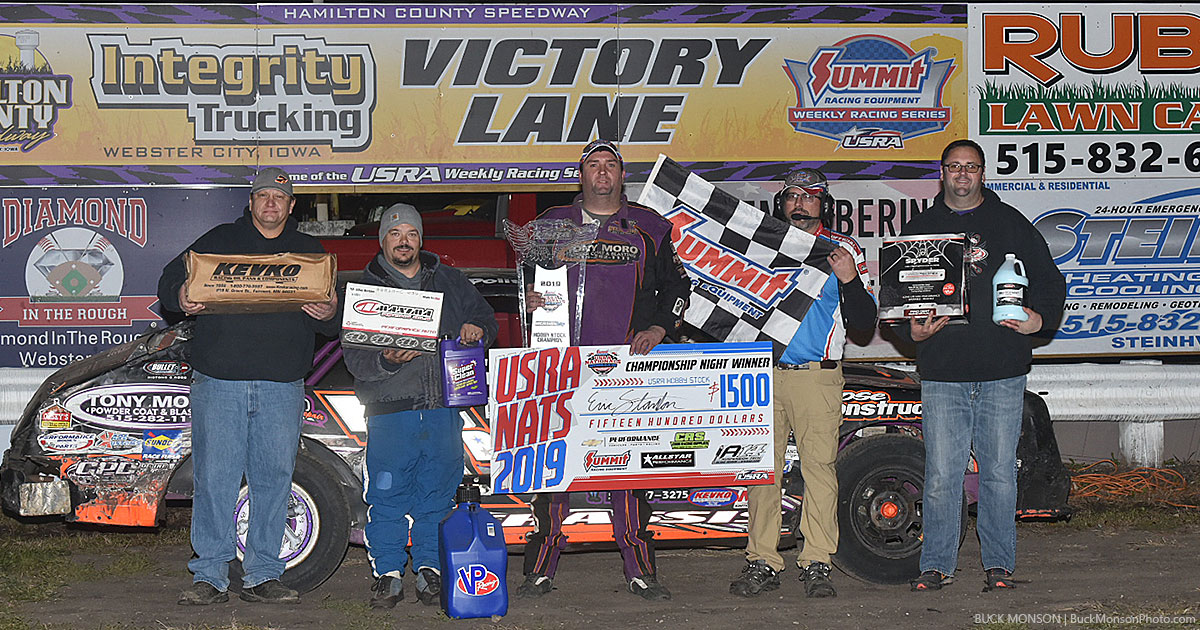 Anderson shot to the lead early in the race while Falck slowly worked his way to the front from his third-row starting spot, eventually closing in on the leader’s rear bumper as they danced in and out of lapped traffic.

On the final lap, Anderson was briefly held up by a back-marker and Falck took advantage by squeezing by on the inside to take the top spot and go on to win. 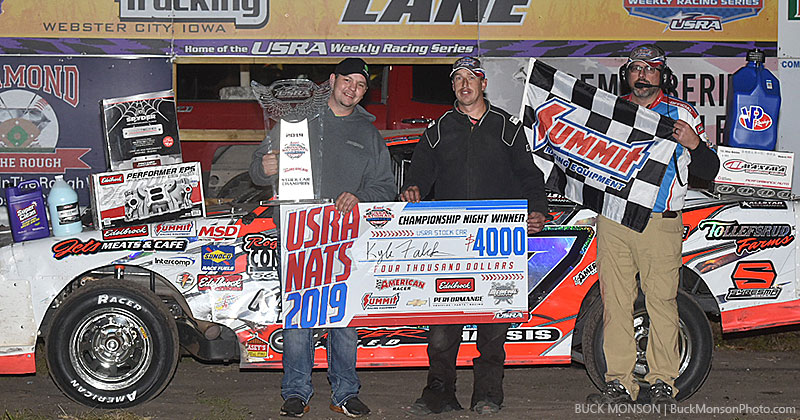 With a sixth-place finish, Derek Green of Granada, Minn., put his name on the trophy as the 2019 Arnold Motor Supply Iron Man Challenge champion for the American Racer USRA Stock Cars.

The 7th Annual Summit USRA Nationals will return to the Hamilton County Speedway in 2020, so make your plans now to attend. Dates, times and other information will be forthcoming.