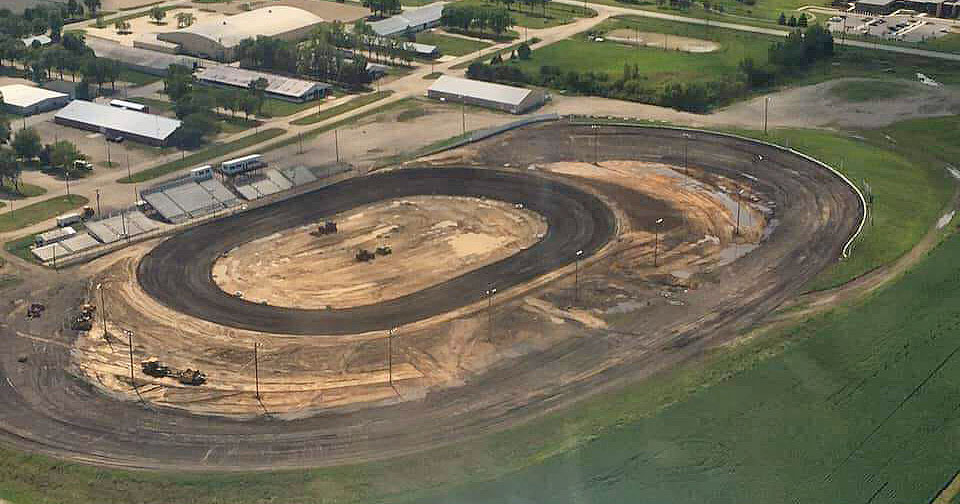 After more than a year of planning, designing, waiting out a long winter, moving dirt, working the land and building what is expected to be the one of the most exciting dirt tracks in America, officials at the new and improved Mason City Motor Speedway invite you to join us for an open practice this Sunday, Sept. 8.

Practice day is open to racers in any class of race car. Pit passes are $20. Admission to the grandstands is free.

"We did go make some laps on the new track last Thursday and all I have to say is 'Wow.' That was like the most fun I think I have ever had in a race car." said co-promoter Todd Staley who drives an American Racer USRA Stock Car. "This track will be fun, fast and tons of action."

Two Sunday afternoon race dates are set for this month. On Sept. 15, and Sept. 22 the aforementioned American Racer USRA Stock Cars, Out-Pace USRA B-Mods and Cook Racing Supplies USRA Hobby Stocks will be in action for the first time on the new 3/8-mile racing surface. USRA Tuners or Outlaw Mini-Mods will also be on the card both Sundays.

As a special treat, the USRA Modifieds will headline the show on Sept. 22, which is the day after the final night of the Featherlite Fall Jamboree.

The pit gate will open both Sundays at 1:30 p.m. with grandstands opening at 2, hot laps at 3:30 and racing getting underway at 4 p.m.

There will be no concessions or beer available at the track. Fans may bring in coolers and food, and officials are working on having a food trailer at those two events.

The Mason City Motor Speedway is a 1/3-mile clay oval located 5.1 miles east of I-35 at exit 194 on SR 122 (at the North Iowa Fairgrounds). For more information, call (515) 832-6000 or check out MasonCityMotorSpeedway.com online. You can also like the track’s Facebook page at facebook.com/MasonCityMotorSpeedway and follow on Twitter at twitter.com/RacinMasonCity.