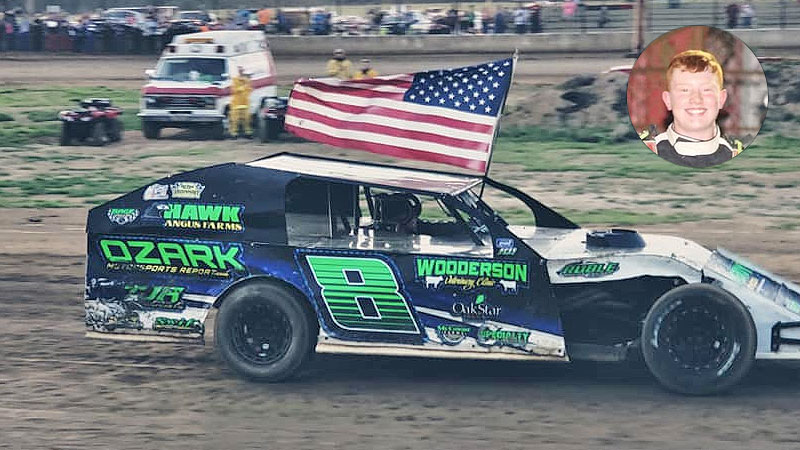 McCowan is in his second season in a B-Mod while Knudtson in his third. Both drivers had perfect attendance at Lebanon Midway Speedway and were prepared to do battle for the title sponsored by S&S U-Pull-It Auto Parts of Lebanon.

McCowan, who graduated from the local Midwest Modified class and go-kart racing captured two feature wins at the 1/3-mile dirt facility driving a Rage Chassis powered by Ruble Racing Engines. The car was the same that Kris Jackson drove to his 2018 national title.

Both McCowan and Knudtson will be preparing for the inaugural TJR 56 Factory USRA B-Mod Missouri Nationals to be held Sept. 5-7 with the winner grabbing a $5,600+ payday and $560 to start the feature. Drivers from the four-state area are getting geared up for this event as Thursday night features qualifying races to lock-in for Saturday's 56 lap feature. Friday night will also feature quaifying races along with pole dash scrambles. Saturday night will feature last chance events along with the 56-lap feature event.

For more information visit the Facebook pages of both Lebanon Midway Speedway and TJR Factory 56 B-Mod Nationals or the track's website at midwayspeedway.net and don't miss this event. Other classes competing for honors will be Street Stocks and Midwest Modifieds. Thursday night features full shows for those two classes along with Hornets. Friday features qualifying heats and dash scrambles along with a full show for the Pure Stocks.