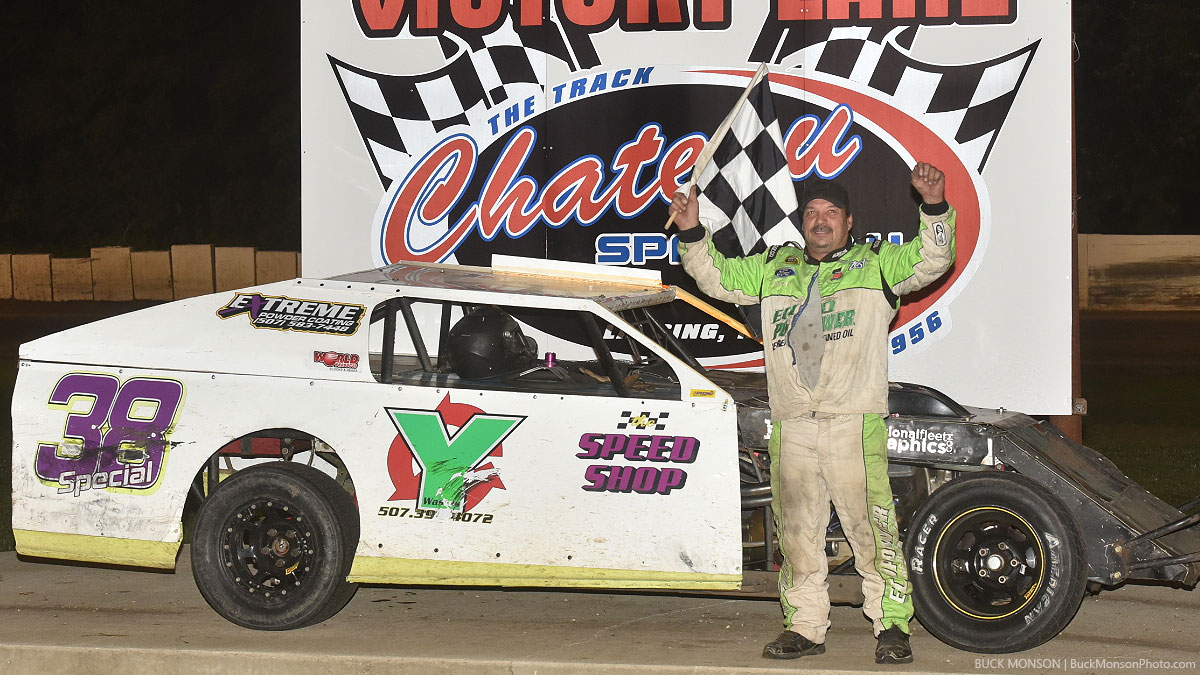 It was a spectacular night of Racing and Fireworks Friday Night at Chateau Speedway in Lansing sponsored by Midwest Repairables of New Richland and Double M Transport of Hollandale. The Fireworks show after the races was the postponed show from the rain out on the Fourth of July Weekend and was well worth the wait as a season high crowd filled the grandstands for the show.

In Out-Pace USRA B-Mod action Kenny Wytaske of Austin made his first start of the season a memorable one. Starting from row one he lead flag to flag for his first feature win of the year. Alex Schube of North Mankato stuck with Wytaske the first few laps and again after a midrace caution but never had a serious run at him. Schube would hold onto second ahead of Kadden Kath of Owatonna. Matt Brooks of Austin made a late pass of Jett Sorensen of Rochester in the battle for fourth. Brooks and Kath had the groups heat wins.

The USRA Modifieds had an unusual low car count with just six drivers pulling in for the nights action. A single car incident four laps in is all that slowed the pace of Jason Cummins of New Richland who scored his fourth Feature win of the season leading flag to flag for the victory. Brandon Davis of Hayfield, winner of the classes only heat event, came home in second followed by Dustin Kruse of Brandon South Dakota. 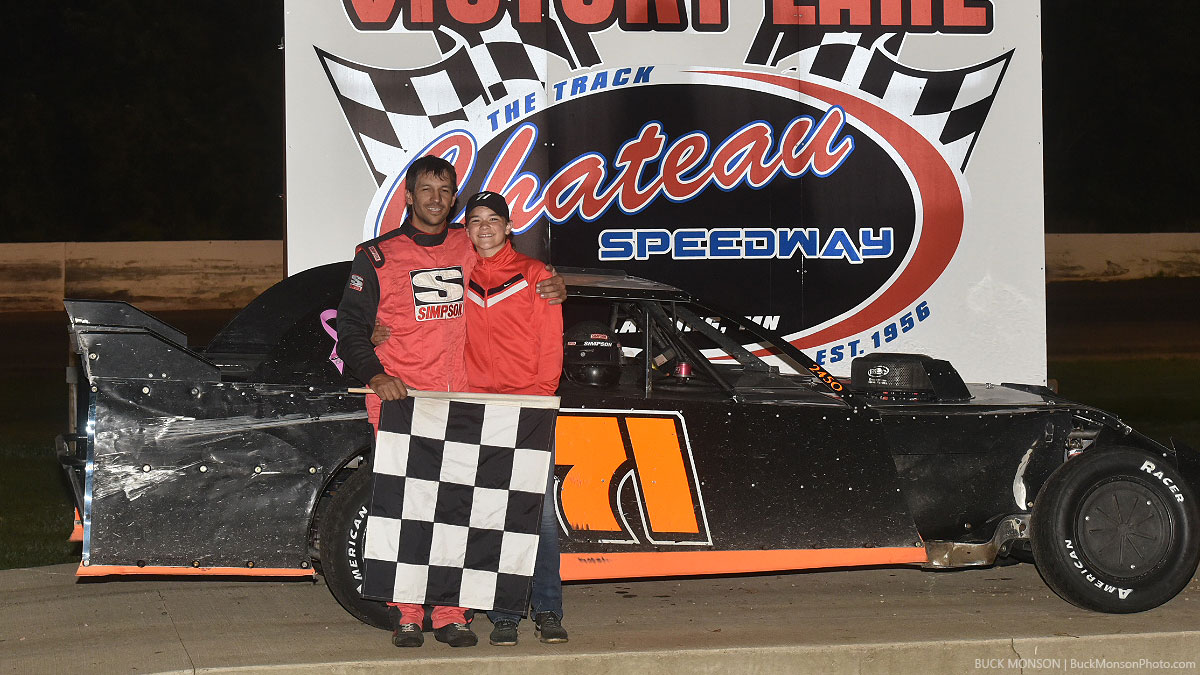 The regular season will be winding down over the next two Friday Nights at Chateau Speedway before the Fall Specials Kick in. Seven classes of cars will run again next Friday Night. Than all seven classes will be back the following Friday as well for Season Championship Night as Track Champions will be determined for the 2019 Season. Races as always on Friday Nights will see the first green flag fly at 7:15. Than Sunday September 1st will kick off the Fall Specials with a Labor Day Duel Sunday Night at 6:00 with a $1000 to win USRA Modified Feature capping off that night.