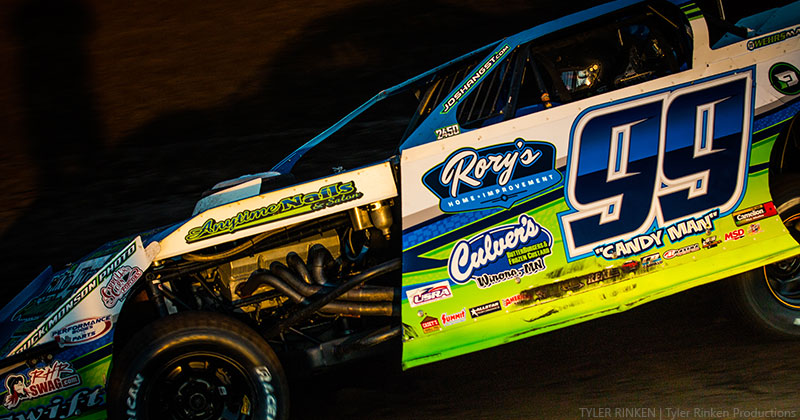 Racers competing in the Summit USRA Weekly Racing Series garnered regional points throughout the season based on their total accumulated track points within each region. Top points earners in each region will be awarded cash and contingency awards.

One regional champion emerged in the MSD Southwest Region presented by MVT. Philip Houston of Odessa, Texas, earned the USRA Modified title with trips to all three tracks in the region which includes track points earned at the Route 66 Motor Speedway in Amarillo, Texas; Southern New Mexico Speedway in Las Cruces, N.M.; and West Texas Raceway in Lubbock, Texas.

In the Summit Racing Equipment Mid-American Region presented by MVT, the USRA Modified standings were topped by Jody Tillman of Branson West, Mo., while veteran Jackie Dalton of Carthage, Mo., was alone at the top in the Out-Pace USRA B-Mods.

USRA Modifieds were the lone division to crown a regional champ in the Summit Racing Equipment Southern Region presented by MVT, and that honor went to Wendall Bolden of Greenville, Texas, who enjoyed a banner season at both the Devil's Bowl Speedway in Mesquite, Texas, and RPM Speedway in Crandall, Texas.

Other speedplants in the Summit Racing Equipment Southern Region includes the Lawton Speedway in Lawton, Okla., and Southern Oklahoma Speedway in Ardmore, Okla.

The United States Racing Association will host its annual awards banquet on Friday, Feb. 22, 2019, at the Ameristar Casino Hotel in Kansas City, and this year’s party will once again be a joint effort for both the USRA and United States Modified Touring Series (USMTS). A record crowd of nearly 300 people attended last year’s gathering. Fans and members of the media are invited to attend too.