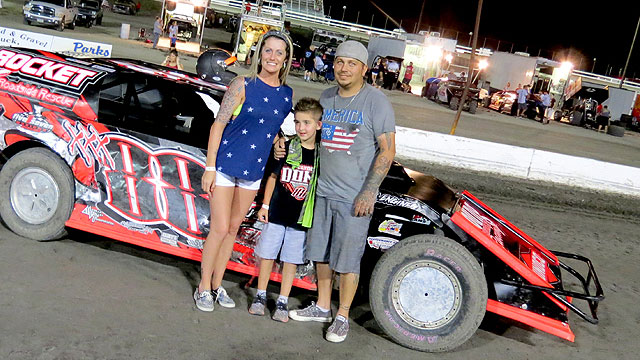 Taylor had a great run, but with three laps to go he got caught up in some lapped traffic which opened the door for Dunn to shoot past him for the lead.

Dunn went on to win the 15-lap, $600-to-win main event with Taylor settling for the runner-up position.