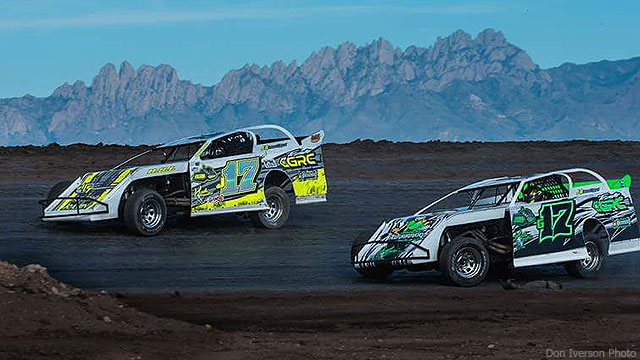 Gallardo follows in the footsteps of his father, Fito Gallardo, who captured last year’s title with a late-season surge to the top of the standings.

The 22-year-old recorded 23 top-five finishes and found victory lane a dozen times over the course of the season, normally competing against stout and full fields.

Terry Schultz of Sedalia, Mo., has been close enough to reach out and touch the crown for three years now. Runner-up in this year’s battle, he finished fifth in last year’s campaign and fourth in 2013 after leading the points battle at one time or another in all three seasons.

Fito Gallardo nearly repeated his feat of one year ago, but wound up third in the final rankings Robbie Reed of Mexico, Mo., took the fourth spot and 2012 champ Brandon Davis of Medford, Minn., rounded out the top five.

With USRA Stock Car national champion trophies on his mantle from the 2011 and 2012 seasons, the driver from Decorah, Iowa, also has two Holley Iron Man titles (2013 and 2014) plus a USRA Hobby Stock national championship which he earned in 2007.

Hovden racked up 15 wins during 39 starts the season. He finished in the top five a remarkable 31 times, and will earn a $1,500 paycheck for his job well done.

A pair of Las Cruces, N.M., racers—Jaime Torres and Lloyd Turner—battled each other all season and wound up third and fourth, respectively, in the final USRA Stock Car national standings. Dean Wray of Jamesport, Mo., registered a best-in-class 18 feature wins en route to a fifth-place finish. 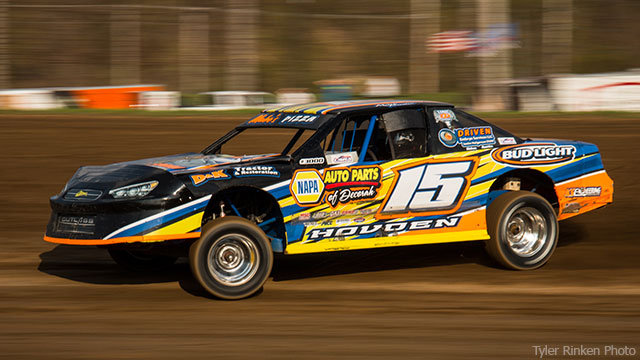 USRA B-Mod driver Andy Bryant of Fort Scott, Kan., celebrated his 16th birthday in October, and is the latest teenage phenomenon to circle the dirt tracks in America’s heartland.

While he competed in a division-leading 65 events this season, he turned 17 of those into trips to victory lane and was a top-ten finisher an incredible 46 times.

Along the road to capturing the $2,000 champion’s share of the USRA B-Mod national points fund, Bryant picked up four wins in the Holley Iron Man Series while becoming the youngest to ever hold the title of USRA National Champion.

For the second time in three seasons, Brad Smith of Belton, Mo., will net the runner-up trophy in the USRA B-Mods with his 14 main event wins while Dan Hovden of Decorah, Iowa, who won 17 times, claimed the third spot in the rapidly-growing class. 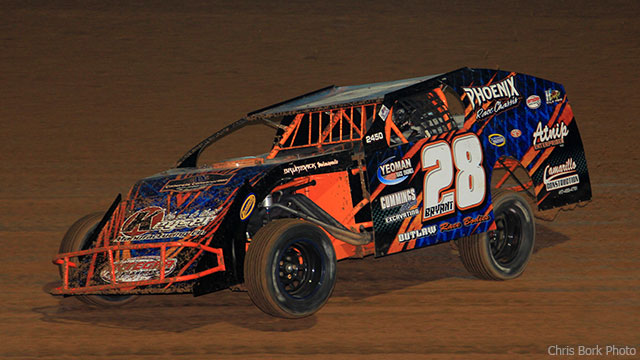 In the first eight years of sanctioning the USRA Hobby Stock class, no driver had ever won the national championship more than once, but Dustin Gulbrandson changed that.

The driver from Sioux Falls, S.D., dominated the division this season, and finished with a nearly 200-point cushion over second-place Steve Holthaus of Cresco, Iowa, to secure his second straight USRA Hobby Stock national championship and the $1,500 that goes with it.

Doing most of his dirty work against a big field of cars at the I-90 Speedway in Hartford, S.D., on Saturday nights, Gulbrandson went to the winner’s circle seven times in his 34 starts.

Holthaus was the first of four Iowa racers claiming the next four spots in the final top five. Brady Link of Waukon, Iowa, was third; Steve Larson of Decorah, Iowa, finished in the fourth spot; and 2009 USRA Hobby Stock national champion Chris Hovden of Cresco completed the first five. 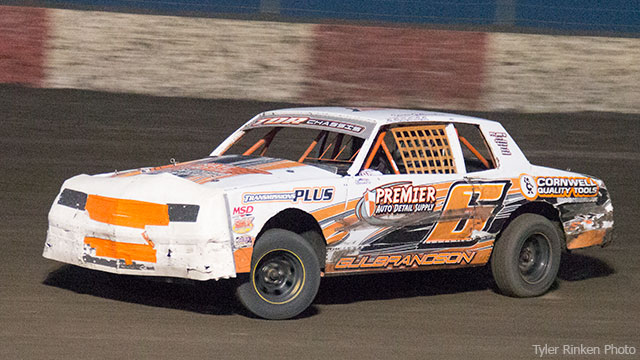 In addition to accolades for the top national points earners, the following USRA track and special series champions were crowned during the 2015 season:

The USRA will celebrate the accomplishments of the dedicated drivers, along with their families and crew members, at the annual awards banquet on Saturday, Jan. 30, 2016, at the Ameristar Casino Hotel in Kansas City, Mo.

In addition to drivers, crew members, track officials and sponsors, fans are invited to take part in the festivities as well. The ceremony will once again be a joint effort for both the USRA and United States Modified Touring Series (USMTS).

The Ameristar Casino Hotel is an entertainment hub that offers something for everyone with huge casino floors, nine restaurants ranging from casual to fine dining, a luxury hotel, 18 movie screens, Kids Quest supervised child care and more. They also offer convenient parking in a five-level, 2,660-space parking structure with an enclosed, climate-controlled walkway that leads to the casino and entertainment center.