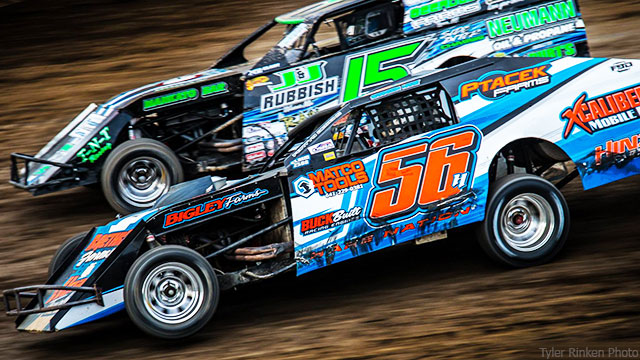 WEBSTER CITY, Iowa—The 2015 USRA Weekly Racing Series is nearing the final lap, and the quest to become one of four USRA national champions gets hotter and hotter as the finish line gets closer and closer.

Terry Schultz of Sedalia, Mo., has been close enough to reach out and touch the USRA Modified title the last two years, finishing fifth in last year’s campaign and fourth in 2013 after leading the points battle at one time or another in both seasons.

This season Schultz finds himself within grasp of a USRA national championship once again as he sits atop the standings heading into the month of October. With 11 wins so far, he also has 36 top-five finishes and a whopping 43 top-ten efforts in his 50 starts. 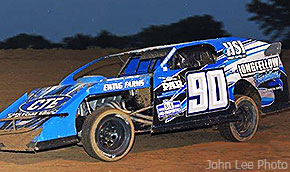 Not far behind, young gun Jake Gallardo of Las Cruces, N.M., has Schultz in his sights as he tries to follow in the footsteps of his father, Fito Gallardo, who captured last year’s USRA Modified title. Gallardo also has 11 wins, but in less than half as many starts as the points leader.

Two-time USRA Modified national champion Brad Waits of Rochester, Minn. (2007-2008), has the most wins among the lead pack with a dozen trips to victory lane and a remarkable 23 top-fives in 27 starts. Fourth is 2012 champ Brandon Davis of Medford, Minn., with Webb City, Mo., racer Mitch Keeter in the fifth spot.

Winning the 2015 USRA Stock Car title would put him alone at the top with four crowns, breaking a tie with three-time USRA B-Mod titlist Matt Jones. 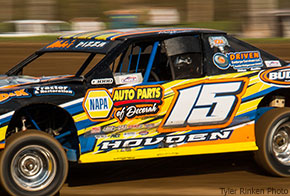 Chasing Hovden is Las Cruces, N.M., wheelman Jaime Torres who is hoping to become the third straight pilot from the Land of Enchantment to claim the USRA Stock Car title.

At 15 years old, USRA B-Mod driver Andy Bryant of Fort Scott, Kan., is the latest teenage phenomenon to circle the dirt tracks in America’s heartland. While he has competed in a division-leading 57 events this season, he has turned 15 of those into trips to victory lane.

Bryant holds a slim 58-point cushion over Jeremiah Christensen of Sioux Falls, S.D., who has 11 wins to his credit, and sitting in third is the brother of the USRA Stock Car points leader. 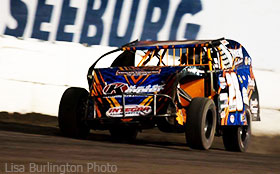 Dan Hovden of Decorah, Iowa, has 16 wins to match his car number and trails Christensen by a single marker entering the month of October.

Brad Smith of Belton, Mo., who came up one finishing position short in one main event from taking the 2013 USRA B-Mod national championship, rides in fourth with Erik Kanz of Winona, Minn., completing the top five that features races from five different states.

In nine years of sanctioning for the class, no driver has even won the USRA Hobby Stock national championship more than once, but Dustin Gulbrandson is in a fine position to do just that.

The driver from Sioux Falls, S.D., has a healthy 191-point cushion over second-place Steve Holthaus of Cresco, Iowa—the first of five Iowa racers trying the track down the defending champ. 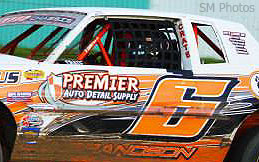 There are just a handful of USRA-sanctioned races remaining on the 2015 calendar. Here’s what has been submitted to the USRA headquarters from member tracks:

This year’s USRA National Championships event at the Lakeside Speedway, Oct. 15-17, will be a pivotal race in determining the 2015 USRA national champions. Each of the three nights will be a complete show of heat races and main events with USRA national points awarded each night.

Sweetening the pot for competitors at the 2nd Annual USRA National Championships is the “True Car Count Bonus” awarded to driver in each class all three nights. Whereas a driver is awarded bonus points equal to the car count on any given night at USRA-sanctioned races, the maximum is set at 24 points for car counts of 24 or more.

However, at this year’s USRA National Championships each driver will earn a car count bonus equal to the actual car count with no maximum. Therefore, if 60 USRA Stock Cars are racing one night then each driver in that class will get 60 bonus points toward their nightly total. This could have a huge impact on USRA national points in all four divisions.

Competitors at the USRA National Championships will take part in heat races and main events each night. USRA Modifieds, USRA Stock Cars and USRA B-Mods will compete all three nights while USRA Hobby Stocks are on the card for Friday and Saturday. Drivers will duke it out on Thursday and Friday, with the combined points earned for both nights (Friday only for USRA Hobby Stocks) setting the line-ups for Saturday.

Entry fees are $100 for USRA Modifieds, USRA Stock Cars and USRA B-Mods; $50 for USRA Hobby Stocks. Entry fee and completed entry form must be received or postmarked by 5 p.m. Central Time on Monday, Oct. 5. Late or at-the-track entry fees are double. Call the USRA headquarters at 515-832-6000 or download the entry form at www.usraracing.com/downloads.

On Saturday, USRA Modifieds, USRA Stock Cars and USRA B-Mods will each be racing for $4,000 to win. USRA Hobby Stocks will race for $1,000 to win Saturday. Saturday’s championship features will start three-wide in all four divisions. Saturday will also serve as the final points race for the Holley Iron Man Series featuring USRA Stock Cars and USRA B-Mods.