Racing's in the blood of USRA Modified veteran Fellers 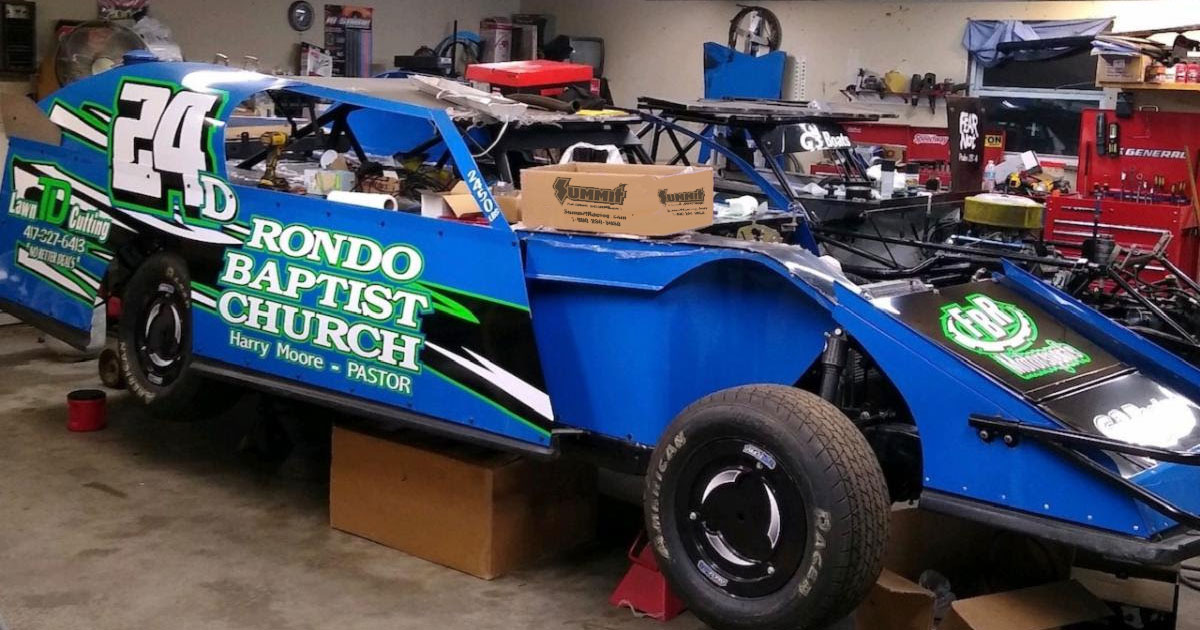 Like many, Donnie Fellers has his car in the shop and ready to go once the 2020 Lucas Oil Speedway season begins.

As one of the veterans of the Ozarks racing scene, Donnie Fellers is a creature of habit. Once the calendar turns to April, that means it's time to go racing.

Of course, that plan is disrupted with the unique situation surrounding the COVID-19 virus putting many of society's activities on hold. So Fellers, who's been racing Modifieds for more than 20 years, is doing his best to remain patient and positive.

"It's kind of a bummer, but it is for everybody," Fellers added. "I guess if there's a good side, this year I was ahead of the game. I sent my engine in to get it freshened, early. I probably won't have to freshen the engine next year."

Fellers, of Wheatland, is one of the familiar names and most-consistent performers in the Pitts Homes USRA Modified division at Lucas Oil Speedway. With three top-10 finishes, he wound up eighth in points last season. He hopes for bigger things in 2020, once racing does fire up.

The production supervisor at G3 Boats in Lebanon acquired an MB Customs car midway through last season and never quite got comfortable with it.

"I was there every week and we were consistent, but weren't nearly as competitive as I wanted to be," Fellers said. "So we've made some changes and are gonna try to different things this year and hope to do better. It usually takes me a while to adjust to a car. It takes me a while to get comfortable in one."

One obvious goal for Fellers, who grew up in a racing family, is to break through and win at Lucas Oil Speedway.

"Wheatland is the toughest place to race. If you can be competitive there, you can go anywhere and be competitive," Fellers said. "But that track has always been a struggle for me. I've won at every track around here but that one, and it's 10 miles down the road from my house."

Racing has been a lifelong passion for Fellers and the entire family.

"My dad (Leon) raced his whole life," Donnie Fellers said. "When I was a kid we'd go to the Humansville track and when I turned 16, I never missed a race at Bolivar. I've always loved racing."

Donnie Fellers began his own racing career in motocross then switched to micro-midgets at Warrensburg, Sedalia and Sweet Springs before finally buying his first dirt Modified in about 1998. A co-worked at Tracker Boats, Mike Terrell, inspired him to get started.

You'll find the Pursleys and Fellers pitting close together at Lucas Oil Speedway and helping each other, as needed.

Fellers is particularly excited about a new sponsor this season, Rondo Baptist Church.

"I always say I work at G3 Boats, but really I work for the good Lord Jesus," Fellers said. "I thought it would be a good way to get their name out there. I hope to maybe invite some people to church."

"I'm thankful we have a good facility to race at," Fellers said of Lucas Oil Speedway. "I'm thankful for all the race tracks in our area. We're in a pretty good place if racing is your thing."

Lucas Oil Speedway's season opener, due to Center for Disease Control and Prevention (CDC) recommendations in regards to the COVID-19 virus, has been postponed until tentatively May 9.